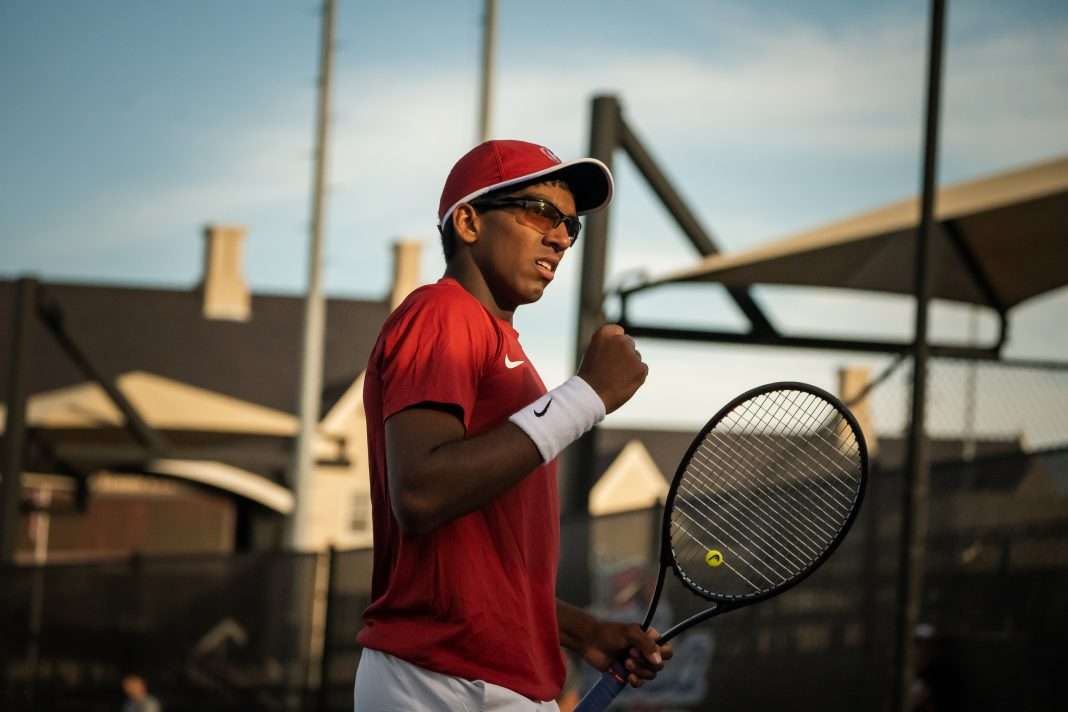 The 2022 ITA Men’s All-American Championship saw 16 singles players and 8 doubles teams qualify into the Main Draw over the course of 4 days.

In singles, 2 players remain who started in pre-qualifying, winning 7 rounds of matches before securing their ticket to the main event, Jonah Braswell (U. of Florida) and Justin Schlageter (University of Oklahoma). Jonah will be joining teammate Axel Nefve, who was selected into the main draw, while Justin will be joining teammate Alex Martinez who found himself in the main event through way of the qualifying draw.

Be on the lookout for teams such as Ohio State, Florida State, Virginia, Texas, and USC, all of whom are well represented with 3 players each in the singles draw.

In Doubles, freshman pairing of Tanapatt Nirundorn and Togan Tokac (UF) fought their way through a challenging qualifying process, winning 3 straight matches, and going 4-0 in tiebreaks while doing so. 7 different schools will also be sending a pair into the main draw along side University of Florida, with those being NC State, Middle Tennessee, Arizona State, UCLA, University of Louisville, Pepperdine, and Liberty.

First toss begins at 10 am (EST) tomorrow from the Michael D. Case Tennis Center here in Tulsa, Oklahoma. Feel free to track the results through the Cracked Racquets CrossCourt Cast, or through our live streamed courts here.

Shunsuke Mitsui (U. of Tennessee)

Hunter Heck (U. of Illinois)

Jonah Braswell (U. of Florida)

Justin Schlageter (U. of Oklahoma)

Alex Martinez (U. of Oklahoma)

Siem Woldeab (U. of Louisville)