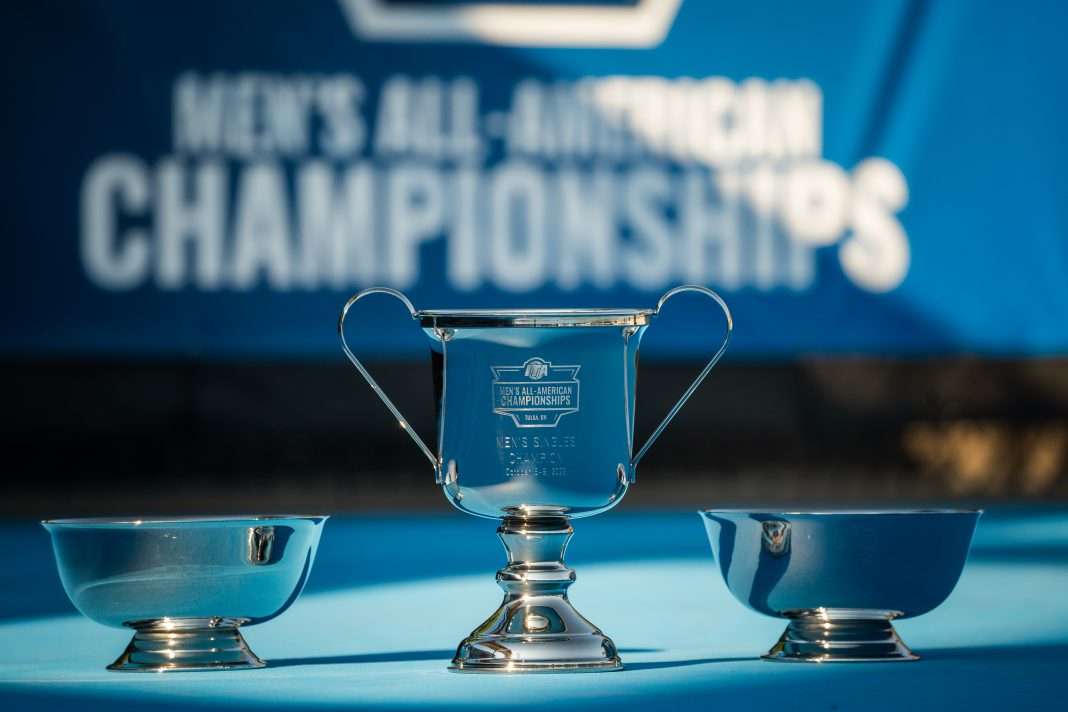 Sunday play was one for the history books as we saw South Carolina appear in the Doubles Final for the first time in program history, eventually bringing home its first Doubles All-American title behind Toby Samuel and Connor Thomson. In Singles, we saw teammates play for the championship for the first time since 1996, with Ethan Quinn taking the match.

Toby Samuel and Connor Thomson were on dominant form throughout the entire main draw as they saw only one dropped set in five rounds of play, including a straight set victory over UNC in the final 6-3 7-6(5).

After taking a first set victory, South Carolina looked to cruise into a final set win after taking a 3-0 lead. UNC would battle back to 3-3 and from there, it was tight exchanges to bring the score into a crucial tiebreak. At 5-5 in the breaker, South Carolina would win 2 straight points to secure the first time win for the program.

In Singles, we saw Georgia send two teammates into the final for the first time in over 20 years, with Ethan Quinn, a red-shirt freshman, against Philip Henning, the final year senior.

Ethan Quinn looked in comfort as he showed everyone why he was the top ranked pre-season newcomer for the 2022 season. Quinn would go on to drop only 4 games with a 6-2 6-2 scoreline.

A final congratulations for our champions and finalists who showed incredible play throughout the final days of the tournament!