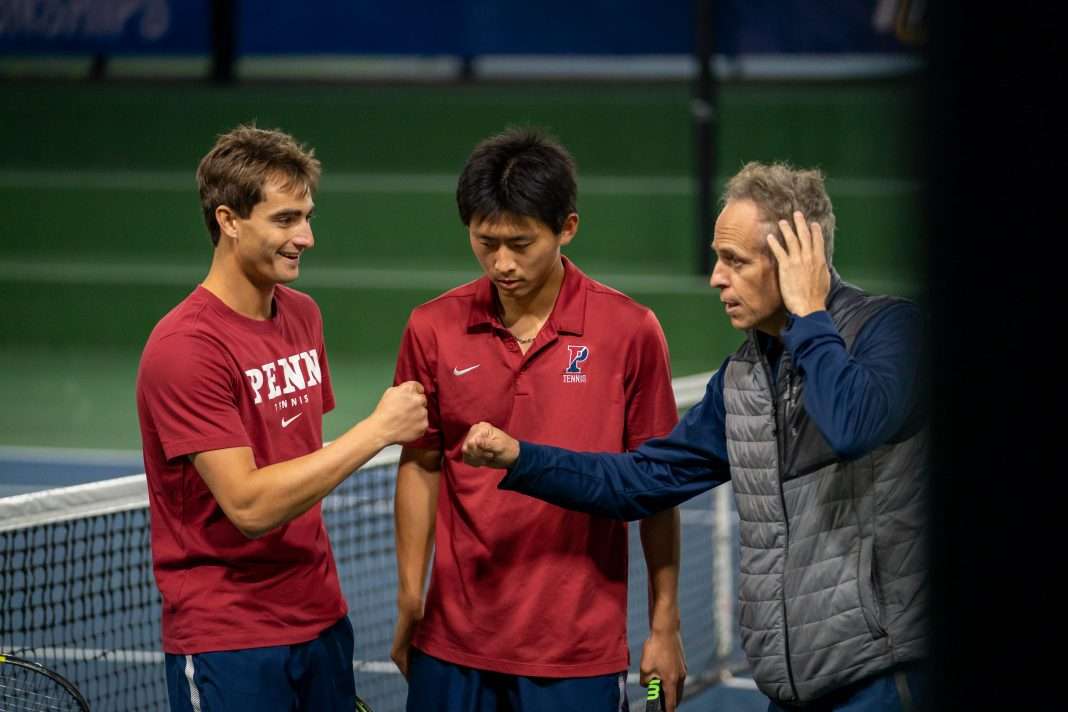 SAN DIEGO, CA. – Day two from the 2022 ITA National Fall Championships saw the remaining field cut to half, as the nation’s top players fought their way through, for a spot in the final 8 of the draws.

In women’s singles, UNC advanced their three remaining players into the quarterfinals after a win from Fiona Crawley, and two, 3 set victories from both Abigail Forbes and Carson Tanguilig. Two unseeded players are through to the Quarterfinals with Elaine Chervinsky (Virginia) and Daria Frayman (Princeton) set to make an appearance in the next round.

On the men’s side for singles, all 4 of the top seeds are through yet again as Garrrett Johns [1] (Duke), Antoine Cornut-Chauvinc [2] (Florida State), Nishesh Basavareddy [3] (Stanford), and Eliot Spizzirri [4] (Texas) won their round of 16 matchups. Andrew Fenty of Michigan joins Geronimo Busleiman of Utah as the only non seeded players left in the main draw.

Men’s doubles certainly provided some unforgettable action as 7(!) of the 8 matchups were decided through third set match-breakers. The biggest win on the sheets saw the number 1 seeded team of Texas (Harper/Spizzirri) fall to the University of Pennsylvania (Graziani/Zhu) with a score of 6-7(5) 6-3 (13-15). Graziani and Zhu will look to grab another seeded win with Bass/Grassi Mazzuchi [5-8] from Baylor up next, after their 11-9 match-breaker win against Krolo/Acevedo (FAU).

The only straight set victory of the day for men’s doubles came from 3 seed Jong/Maxted (TCU) as they downed Zhang/Heller (Duke) with a score of 7-6(2) 6-4. Along with Baylor and TCU, Ohio state sends Tracy/Lutschaunig [4] as the final seeds left in the main draw.

In women’s doubles, Adel-Byanu Abidullina and Eliza Askarova (Delaware) continue their historic run as Delaware’s program first in history to qualify for the ITA National Fall Championships. They picked up another main round victory over Komar/Vishwase (LSU).

The top 2 seeds still remain for the women as Broadus/Tjen (Pepperdine) and Crawley/Tanguilig (UNC) have booked their next round appearance, as well as 3 of the [5-8] seeds including Beck/Morra (Duke), Brown/Miller (Michigan), and Chervinsky/Subhash (Virginia).

Today, play is set to begin at 10 am (PST) from the Barnes Tennis Center with singles kicking off the day once again followed by doubles later in the afternoon.