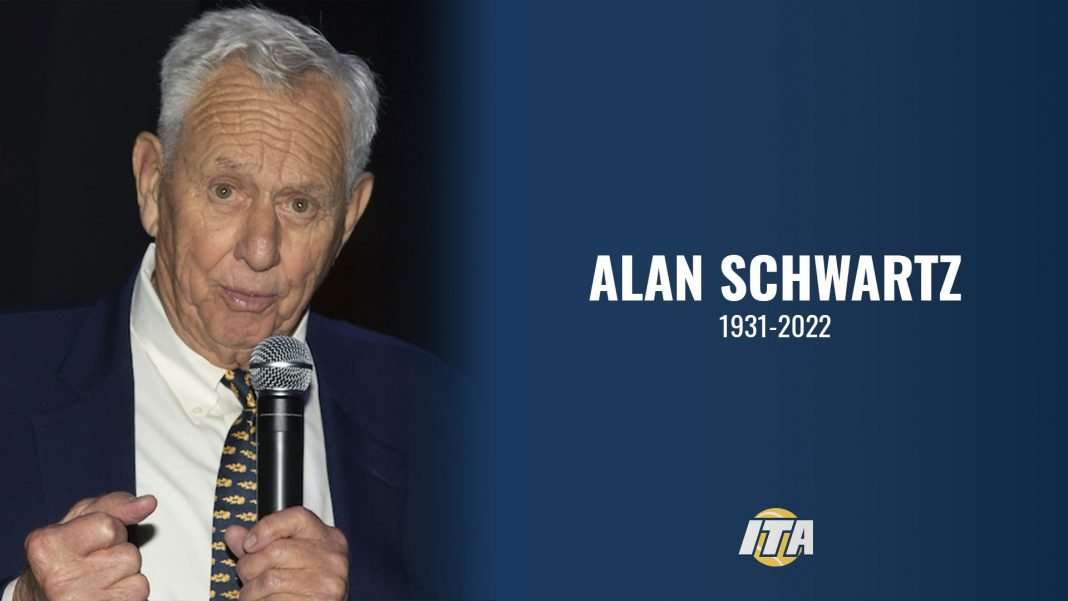 Alan Schwartz, a pillar in the tennis community and a significant influence on the sport, passed away this past weekend at age 91. His love for the game and passion for growing all levels of the sport made Schwartz a preeminent contributor to tennis.

Schwartz’s fevor for tennis started at a young age.  He played collegiately at Yale where he was a captain for the Bulldogs, in addition to being a standout swimmer. After Yale, Schwartz graduated with distinction from Harvard Business School.

Never letting his flame for tennis extinguish, Schwartz quickly made his way back to the sport after college, founding with his father the Midtown Tennis Club in Chicago, Illinois–what many consider the world’s most successful tennis club. For many years the ITA Division I Men’s Team Indoor Championships were hosted at this very special place, beloved by college players and coaches from all over the U.S.

Schwartz’s club, and the several other clubs he established, helped open the door between Schwartz and the USTA. The rest is history, as Schwartz would go on to serve on the USTA Board of Directors and eventually as USTA Chairman of the Board and President from 2003 to 2004.

“Alan was a passionate and perceptive pioneer of our sport. All levels of tennis owe him a debt of gratitude for contributing so mightily to tennis’s growth and development. Along with being a loving husband, father, grandparent, and great grandparent, Alan was a marvelous friend and role model. In short, he was the consummate entrepreneur and gentleman,” said ITA Chairman of the Board, Jon Vegosen.

In addition to supporting the growth and development of tennis, Schwartz also took a key role in the elevation and support of college tennis, aligning with the ITA to foster new collegiate events.

While with the USTA, Schwartz was responsible for developing the USTA program of Campus Tennis and helped support the USTA Collegiate Tennis Committee which works closely with the ITA. Additionally, Schwartz also served enthusiastically over two decades as a panelist for the ITA Achievement Award.

In 2013, Schwartz was inducted into the ITA Collegiate Tennis Hall of Fame as a contributor, where he was honored alongside Bobby Bayliss, Dennis Emery, Paul Goldstein, Kelly Jones, John Peterson, and Harold Solomon.

“Alan was a great friend and mentor to me and many others in the tennis industry.  He was a giant in our sport and will be remembered for his love of the game and people, his vision and drive, as well as his astonishing work ethic,” said ITA Chief Executive Officer Dr. Timothy Russell.

Schwartz’s legacy will live on for years to come, and his commitment to the development of tennis has ensured that tennis can be enjoyed by all.