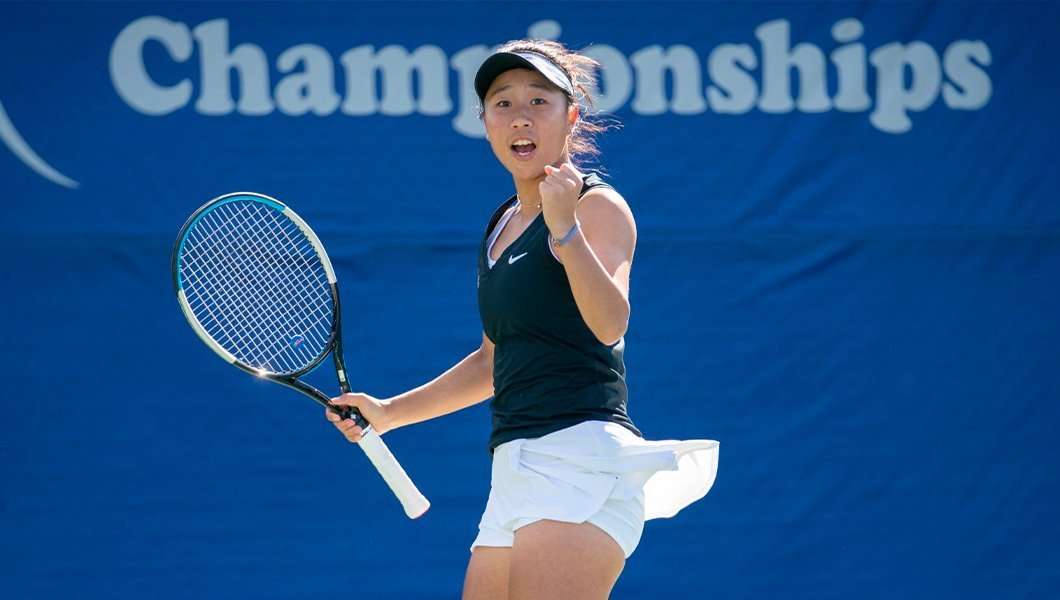 The ITA/Universal Tennis Movers of the Month awards honor male and female individuals from all five divisions (NCAA Division I, II, III, NAIA, and Junior College) with monthly awards during the fall season. The rise in UTR rating throughout the previous month was indicative of his/her high level of performance.

The Longhorn Junior capped off his impressive fall season with a great performance at the ITF M25 Austin tournament, running the table in the men’s singles draw to win the Title. Braswell only dropped one set over the course of the M25 Austin tournament and claimed the first professional Title of his career.

Just a freshman for the Bruins, Tian has put together an impressive fall season, gaining valuable experience at the 2022 ITA Women’s All-American Championships and the ITA Regional Championships. In November, Tian competed in two professional events, winning the W15 in Champaign and reaching the Quarterfinals at the W25 in Waco.

Looking to play a pivotal role in the Flagler team come the spring, Parson has already picked up some big wins this fall in what is just his freshman season. Playing in the Barry Invitational, Parson came out victorious in the Men’s C Draw, getting victories over three similarly ranked opponents, including Roberto Campoverde of Barry.

After a solid showing at the 2022 ITA Cup, Carrizo kept his strong fall going at the Barry Invitational, winning the Singles A Draw. Carrizo took down two players from Barry and one player from Flagler to take home the Title and continue his dominant fall.

As an incoming freshman at Westcliff, Cronk recently competed at the SoCal Junior Championships in California where she went 1-1 in singles play.

Playing in the Newport Beach 25K Wild Card Tournament in early November, Tajima had three straight-set victories to start the Tournament, reaching the Finals before falling in a hard-fought match to Rohan Yarlagadda.

Fernandez played in two tournaments over the course of November, picking up three wins across the Saddleback College Open and the All4Tennis 5k Tournament. Entering her sophomore season, Fernandez will look to carry her momentum from this into the spring when she competes for Irvine Valley.