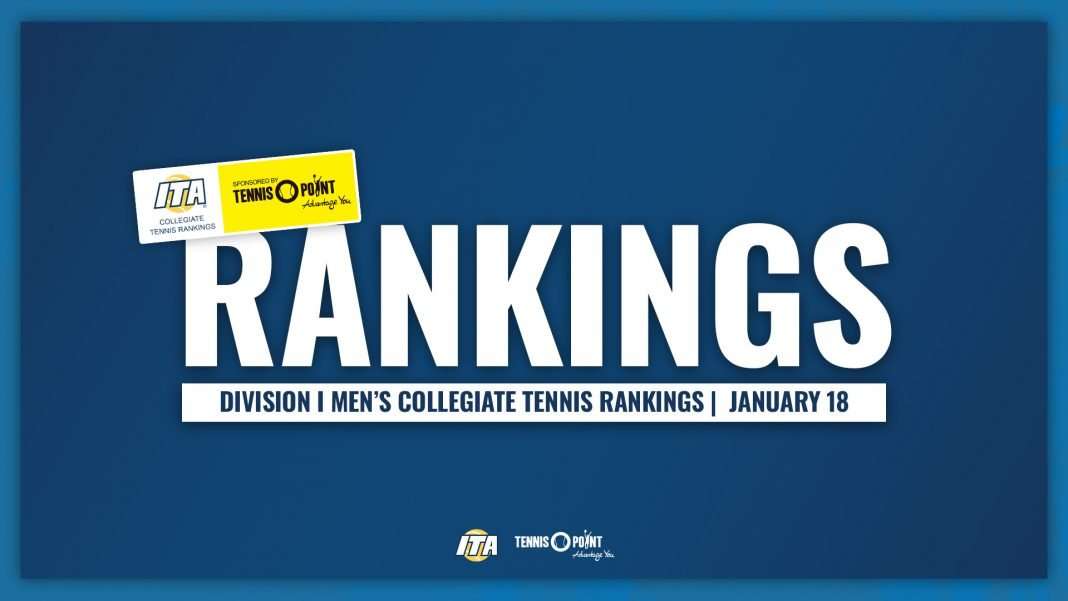 Preseason No. 1, Virginia, will remain atop of the rankings as the Cavaliers have once again been voted as the unanimous No. 1 team in the Jan. 18 Rankings. Starting the 2023 campaign 2-0, Virginia has gotten off to a fast start to the season, winning 7-0 over both UNC Wilmington and Richmond in their first two matches.

Entering the Top 10 of the ITA Coaches Poll this week is Florida State (No. 10) who already has a Top 10 victory on their resume after taking down Georgia (prev. No. 7) this past weekend. The Seminoles had a fantastic fall season and have seemed to carry the momentum into the spring starting 3-0 on the year.

Across the remainder of the Top 25, there is not too much change from the Jan. 4 Preseason Coaches Poll. Northwestern (No. 24) is the only team to make the jump into the Top 25 this week after they picked up a huge Top 25 home victory last week over NC State (prev. No. 19).