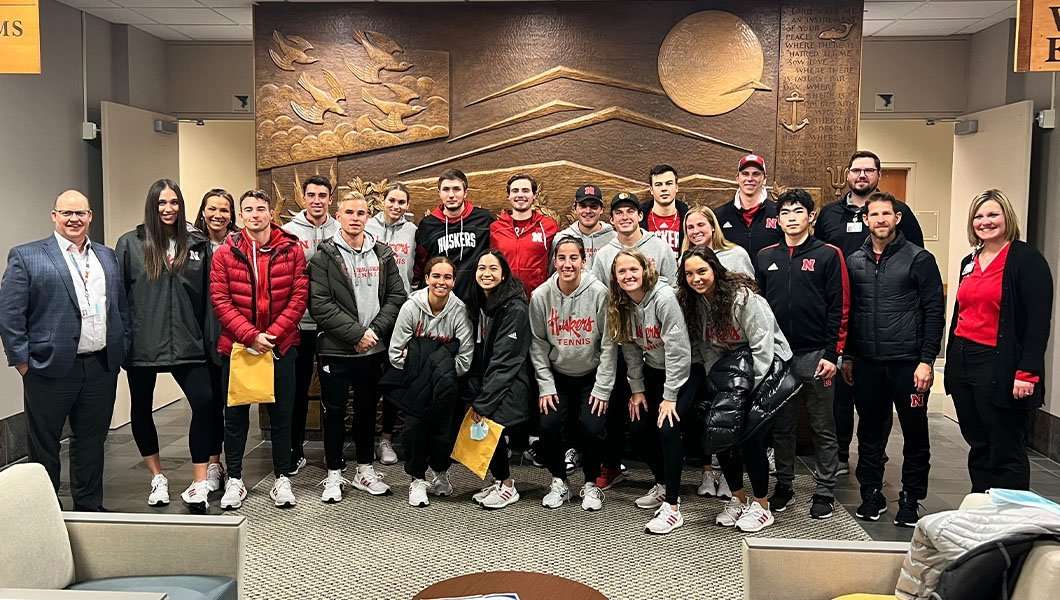 With the 2023 collegiate tennis dual match season now in full swing, some teams took the opportunity before their first matches of the season to give back to the communities that support them so strongly during the season.

Teams from Saint Joseph’s, Nebraska, Montana, and Elon all participated in community outreach events over these past few weeks and took part in Habitat for Humanity builds, visiting local hospitals, and reading to elementary students to name a few.

To see more about each of these team’s work in the community read below:

This was in part of Saint Joseph’s University’s “Day On, Not A Day Off”, which has been an annual initiative since 2002. The Men’s and Women’s Tennis Teams were joined by other student-athletes from Saint Joseph’s to help out numerous local organizations.

Before the Huskers got their 2023 dual match season underway, they made sure to make time to give back to the community around them, visiting the St. Elizabeth Hospital in Lincoln.

Players from both the men’s and women’s teams visited patients within the hospital and offered kindness and support to patients and staff throughout their visits.

In part of Martin Luther King Jr. Day, the Montana Men’s Tennis Team visited the kids at Hellgate Elementary in their town of Missoula, Montana.

Here, players from the team joined students from the elementary school in their classrooms and read to classes and students across the school.

The Elon Men’s Tennis team had the opportunity this past weekend to volunteer with Habitat for Humanity to help with the construction of a new home in their community.

Members of the team helped with all areas of the construction, using wheelbarrows to move concrete back and forth, and clearing dirt to level the foundation of the new home.