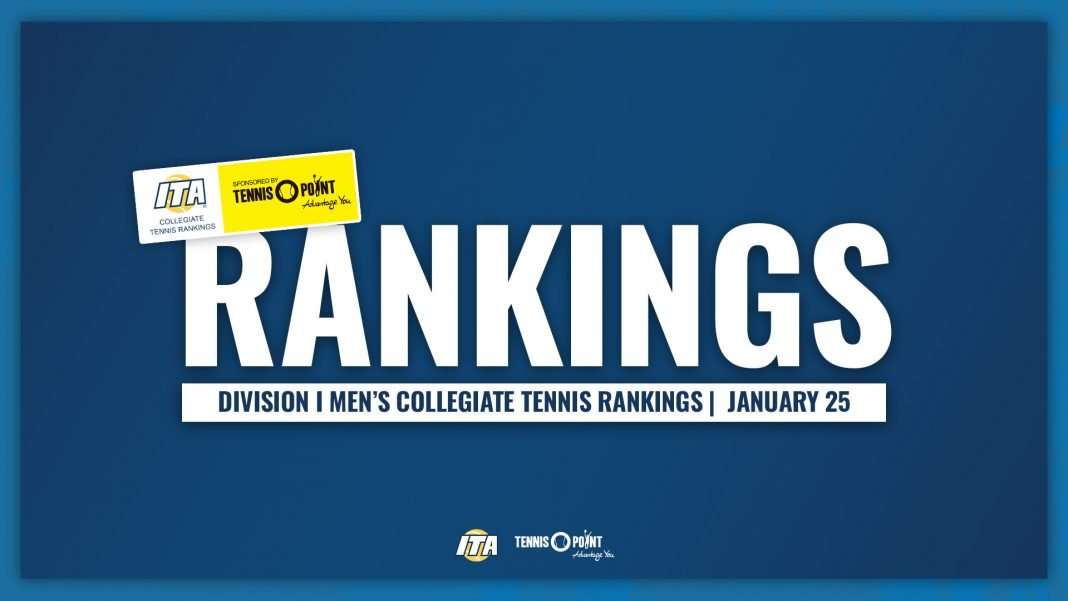 For the third consecutive rankings release, Virginia will come in at the top spot in the rankings after earning all 12 first-place votes to remain in the No. 1 spot. The Cavaliers had their first Top 15 matchup this past week and handled it with grace, beating Baylor (prev. No. 11) 4-0 to remain unbeaten on the season.

Wake Forest makes the jump into the Top 10 of the Jan. 25 Rankings after starting the season 6-0, including a 4-3 win over Tennessee (prev. No. 6) this past week. The Demon Deacons are set to be put to the test once again this weekend as they start the 2023 ITA Kickoff Weekend facing No. 23 Auburn before a potential matchup with either No. 19 Duke or Middle Tennessee.