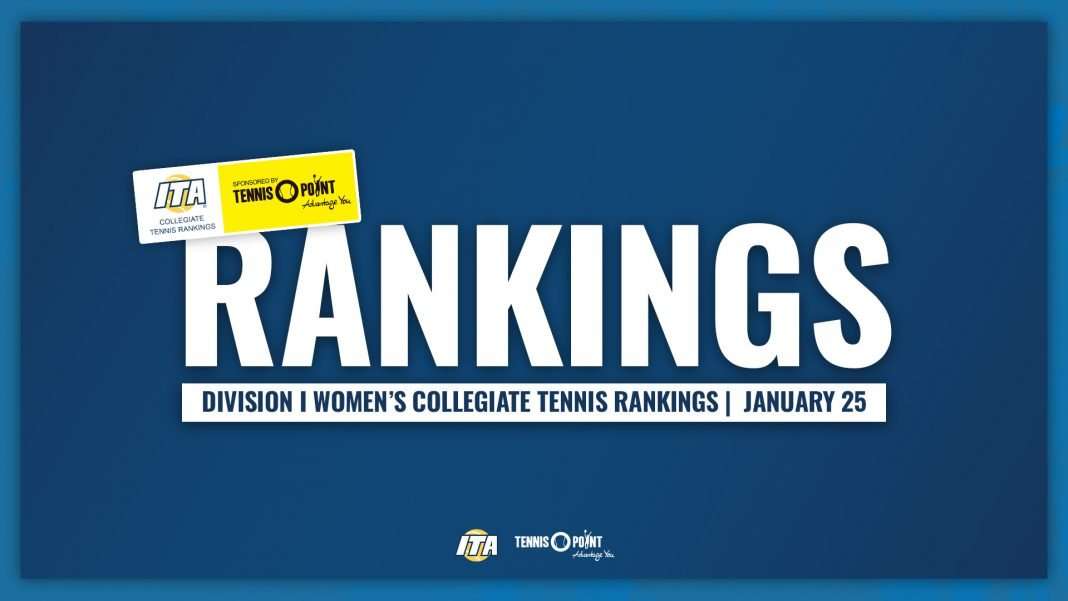 Preseason No. 1, Texas, will spend another week in the top spot of the ITA Coaches Poll after receiving eight of the possible 12 first-place votes. The Longhorns are now 3-0 on the young season and are set to face Fresno State in the opening round of the ITA Kickoff Weekend later this week.

Both No. 12 Ohio State and No. 16 Michigan picked up Top Ten victories this past week as the two teams each topped Oklahoma (prev. No 4) on their home courts. Looking forward to this week of play, the Buckeyes are set to host Wake Forest, No. 22 Tennessee, and Old Dominion for Kickoff Weekend play, while the Wolverines will travel to Stillwater where they will face Kansas (RV) and potentially No. 14 Oklahoma State or Oregon.

Miami slides into the Top Ten this week, coming in at the No. 10 spot in the Jan. 25 Rankings. With a 1-0 record on the season, the Canes will jump into the deep end this weekend when FIU, No. 18 UCLA, and No. 24 Iowa State all come to town for Kickoff Weekend play.