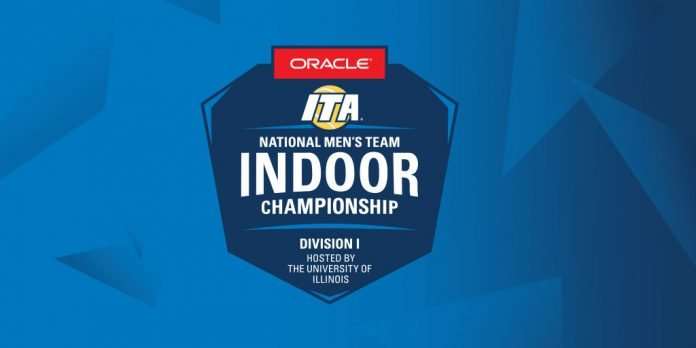 CHICAGO – The championship match at the ITA Division I Men’s Indoor National Championship will be a classic battle between two of the best as third-seed Wake Forest looks to take down top-seeded Ohio State to win its second-straight indoor crown, Monday afternoon in Chicago.

Wake Forest advanced to its second consecutive ITA Indoor final when it toppled No. 7 North Carolina 4-2 in the semifinal, and No. 1-seed Ohio State made its second final in three seasons when they blew past the five-seed Texas Longhorns with an impressive 4-0 scoreline Sunday at the Midtown Athletic Club.

When these two teams meet on the hardcourt, fireworks are sure to follow. The Buckeyes have a slim 5-3 lead on Wake Forest in the series history, and the last two meetings between the two programs have had high stakes attached.

Most recently, the two powerhouse programs met last May in the NCAA Tournament where Wake Forest held off the Buckeyes, 4-2, to finish its historic 2018 season with the program’s first NCAA team title. The feat was made even sweeter as the Demon Deacons pulled off the thrilling victory at their home facility in Winston-Salem, North Carolina.

Prior to the Demon Deacons’ historic victory, the Buckeyes knocked Wake Forest out of the 2017 ITA Indoor Championship in the semifinal round in a 4-3 barn-burner in Charlottesville, Virginia.

The Nos. 1 and 2 teams in the Oracle/ITA ranking of course also have the top-two players in Division I singles as well. Top-ranked Petros Chrysochos leads the line for the Demon Deacons, and No. 2 JJ Wolf is at the top of the lineup for the Buckeyes. Wake Forest has four men ranked in the ITA singles top-125, and Ohio State puts five ranked men on the courts.

Tomorrow’s championship match will get started at 12 p.m. CT at the Midtown Athletic Club.