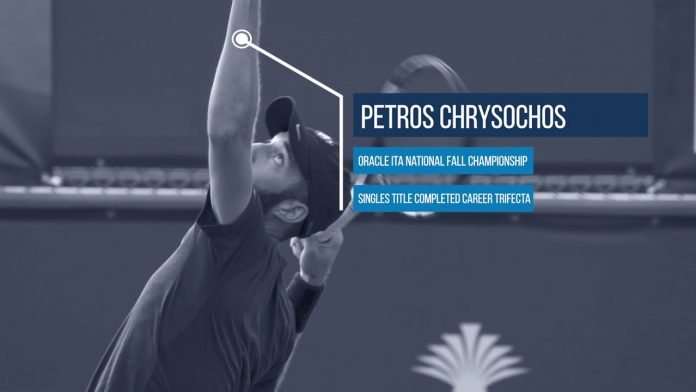 TEMPE, Ariz. (Aug. 6) – The ITA announced moment #6 of the Top 10 countdown on Tuesday. A new moment will be released every Tuesday until the top moment is announced on Sept. 10.

Wake Forest senior Petros Chrysochos notched his name in history as he completed the career trifecta after winning the 2018 Oracle ITA National Fall Championships singles title. Chrysochos came back to defeat USC’s Daniel Cukierman after being down 5-1 in the second set.