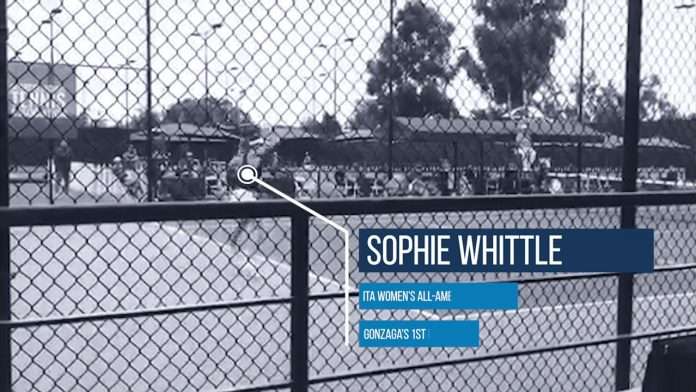 TEMPE, Ariz. (Aug. 20) – The ITA Top 10 Moments countdown continued with Sophie Whittle of Gonzaga coming in at #4. A new moment will be released every Tuesday until the top moment is announced on Sept. 10.

Sophie Whittle blazed through the competition at the ITA Women’s All-American championship. She won eight matches in six days – 5 of which were over ranked players – en route to the title. She became Gonzaga’s first ITA national champion with the win.