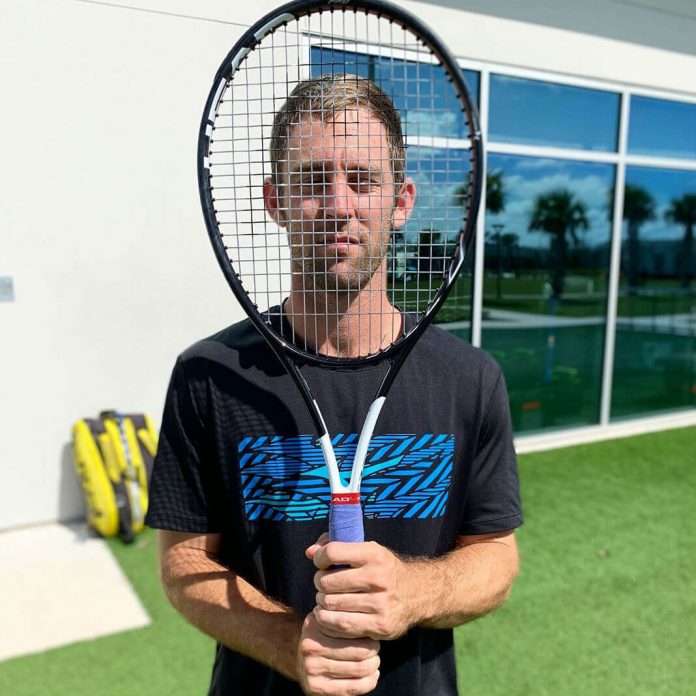 As I look back, anxiety has always been something I have struggled with.

In 2014, I hit my career-high and things were seemingly going pretty well until I got injured. I missed about six weeks for my back at this time and I slowly started to feel myself getting antsy.

As I look back there were more than a few stresses that built up to this crescendo. Despite the wave of emotion from breaking through the top 100, I thought there were more eyes on me now, which led to the thought of, what now?

Dealing with ongoing back issues, I don’t think I was completely honest with myself with what I wanted. It is now two weeks before my first French Open main draw. It felt as if I had no control of my mind. I had a panic attack on my flight from Dallas to Paris. It was nine hours of some of the most agony and pain I have ever felt. I thought that every breath I took could be my last.

After getting to Paris, I could barely practice. I would walk off the court immediately and hop into a car to get back to my hotel. I just couldn’t function at all, not wanting to leave the hotel room. Thankfully I had a few people in Paris that wouldn’t let me be alone knowing my circumstances.

The turning point for me to get over the hump was during my first-round match. I stepped on the court and right away had a panic attack. I was down 6-1 3-0 in a blink of an eye. I remember whacking the crap out of my foot with my racquet, and thinking this is not how I want my first French Open experience to go. I ended up losing in five sets, but I walked off the court in tears of happiness, knowing I was able to overcome a panic attack.

I needed that match to prove to myself that I could push past this. You cannot put your finger on one thing that causes these attacks, they are accumulations of stresses that went unnoticed and not dealt with. I had fears that weren’t necessarily relevant but were just made bigger in my head, unable to stop my own thoughts. I held it all in, not thinking much of it.

Everyone has adversities that are needed to overcome. As athletes you are always told to push through it, not knowing what to deal with, until it’s too late.