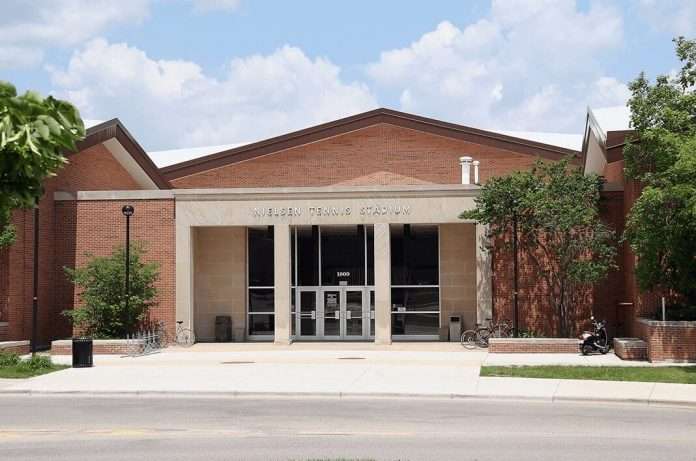 Just 150 miles northwest of Chicago, where the University of North Carolina claimed the mantle of DI Women’s Indoor Champ, 15 of the top 20 teams will face off to claim indoors dominance. The four-day event hosted by the University of Wisconsin will determine the Indoor champion, and each team is guaranteed three dual-matches over the course of the weekend even if eliminated.

Defending National Indoors Champions, the Ohio State Buckeyes will look to repeat this year in Madison. The last time the event had back-to-back champions was from 2008-2011 when the Virginia Cavaliers won four straight. The No. 8 Stanford Cardinal come in with 12 all-time wins at the Indoors Championship followed next by No. 16 UCLA. Stanford has not won the title since 2002. Reigning NCAA championships, the Texas Longhorns, will look to win their first Indoors title.

Friday’s action will also see a rematch between the Wake Forest Demon Deacons and the Baylor Bears. The teams met last Thursday – the Bears emerged with a 5-2 victory over No. 6 Wake.

The field is led by the No. 1 singles player in the country, Daniel Cukierman. Cukierman was recently upset by Ohio State freshman, and UTR ITA Player of the Week, Cannon Kingsley 6-4, 6-2. The championship will also feature the No. 1 doubles team of Robert Cash and John McNally (Ohio State). Six of the top 10 singles players will take the courts at Nielsen Tennis Stadium.

Three teams a piece will compete for the Big 12, Big 10, Pac-12, SEC and the ACC. No. 9 Columbia rounds out the field as the lone representative of the Ivy League.

The Championship will run Feb. 14-17 in Madison. Live results will be provided by Tennis Ticker, and a live stream will be available.