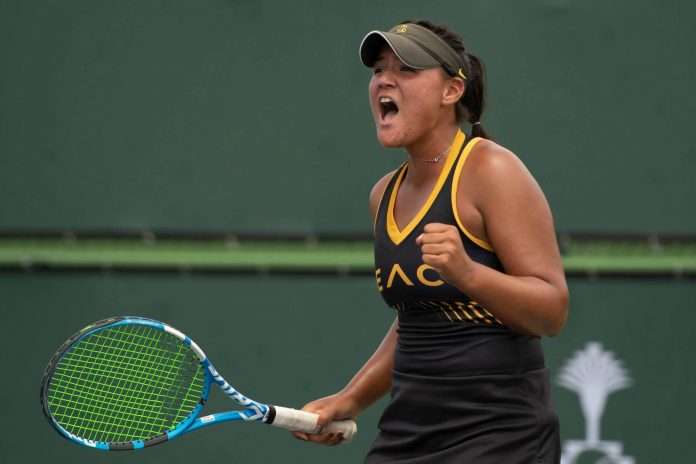 When most of us think sports, we think of fierce competition. We often use sports as a way to distract us, maybe even calm us. For decades, tennis has been a constant part of the background noise of American culture. It has also been a healthy or unhealthy obsession for some. College tennis gave us something to talk about when the conversation slowed down, something to watch when there was nothing else to do.

Last month, collegiate sports took a massive hit when seasons came to an end across the nation. Senior student-athlete Natalia Munoz and Long Beach State University were no exception. On Thursday, March 12, the Big West Conference, of which LBSU is a member, announced they would indefinitely suspend all spring conference and non-conference competition.

Natalia is not letting the end of her season stop her passion for tennis. She sees this time as a reboot, a cleanse, rather than a recalibration of her life. She has been playing tennis for 16 years thanks to her dad. Her father grew up loving tennis; however, he was never able to pursue the sport as a child. He did one thing to ensure his love did not perish – he put a racquet in his daughter’s hands.

Long Beach State University was one of the many schools that Natalia visited during her recruitment process. She could see herself fitting into student-life at most of her visits, but there was one difference with LBSU – she wanted to go to college there.

“I felt like I would be happy at a lot of Big West programs, but LBSU made me want to be a part of the program,” Natalia said on why she attended LBSU. “I just felt so welcomed by the girls on the team and they were a very interesting mix of people.”

On a side note, she was the only American on the team for four years. The coaching staff made Natalia feel right at home with their welcoming nature and focus on education and sport – student-athletes leaving as a better player and person was their main goal.

Her schedule, once packed with night classes, practice and competition, has suddenly been cleared. The responsibility of being a student-athlete has ended. She is now focused on being a student only through online courses. Each year, the team looks forward to the conference championship that always falls on a Sunday. Unfortunately, the “Road to Sunday” ended at the stop sign of a world pandemic.

Now, Natalia is turning her eyes to her future.

“It was very shocking and honestly is something that I’m still processing,” Natalia said on the news of her season ending. “I had no idea my last practice was my last practice, and that the last match I played was the last time I would ever get a point on the scoreboard at home as a Long Beach State student-athlete.”

While this may be the end of her competitive career, Natalia is not putting down her racquet yet. She will be part of Tennis for America’s inaugural class.

“The idea of giving back to the sport that has given me so much interests me the most,” Natalia said. “Especially now more than ever, I feel as though I’m not quite done with tennis just yet, and Tennis for America is the perfect new chapter in my tennis career.”

She heard about Tennis for America from her head coach, Jenny Hilt-Costello.

“As a student-athlete, Natalia was hard working, passionate and devoted to the team and to her teammates,” Hilt-Costello said of Natalia. “I am confident that she will bring that same positive attitude and leadership to her job with Tennis for America.”

Once she received an email from her coach about the program, she knew it was something she was interested in. Natalia has been working summer camps for kids for six years and it has quickly become a constant in her life for her.

“I hope to learn what it takes to form and fully run a non-profit foundation from the ground up,” Natalia said on what she hopes to gain from Tennis for America. “I hope to gain knowledge on how to more positively impact lives through the use of sport.”

After spending the last four years with her team, Natalia learned she is her best self when working with others.

“I’m so excited to be part of this entirely new team and am looking forward to what we accomplish,” she said on her placement.

Natalia was placed at the Sloane Stephens Foundation in Compton, California. The Sloane Stephens Foundation aims for youth to dream big and achieve their goals on and off the court. The foundation focuses on encouraging good nutrition and physical activity along with supporting the children academically. In addition to offering after school instruction, they also provide college preparatory classes.

“Staying active is really important, obviously tennis has given me a lot in my life,” Sloane said on why tennis is important to her. “Instead of being at home on the couch, I was able to meet new people and see the world just through tennis.”

In 2013, Sloane established her foundation with a primary goal of enhancing the quality of life for youth through exposure to tennis as a basis for life-long learning and healthy lifestyle choices.

“I am so thankful to have realized my dream as a tennis career,” Sloane said. “I am passionate about creating opportunities for kids to achieve their dreams and become their best selves.”

Tennis can change lives. National service can change lives as well as changing a country for the better. That’s exactly what Natalia is aiming to do with Tennis for America.

The Tennis For America VISTA Fellows experience will look different at each location, but ultimately they are there to help build the capacity of each of the partner organizations. This could include developing social media campaigns and communication plans to help educate local families about the services being offered throughout the year. Other duties will include event management, volunteer recruiting and training, lesson planning and working towards establishing long-lasting mutually beneficial relationships between the organizations and local colleges. 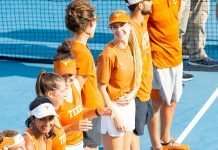 Tennis for America Launches in Sites Across the Nation