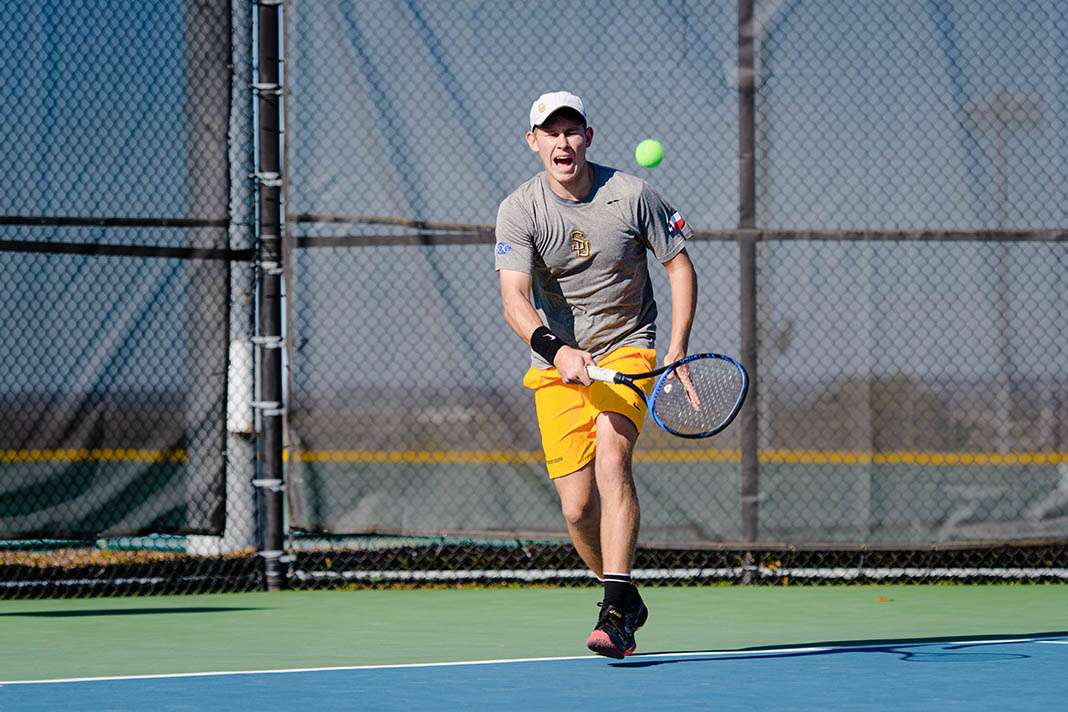 The Intercollegiate Tennis Association announced the Division III Men National Award recipients on Wednesday morning during the 2020 ITA National Awards Ceremony presented by Oracle. The recipients are outstanding representatives of college tennis’s strong athletic tradition and commitment to excellence on and off the court. The ITA is proud to continue our tradition of honoring and illuminating the success of our student-athletes!

The Division III Men’s awards include Arthur Ashe Leadership & Sportsmanship, ITA Rookie of the Year, ITA Player to Watch, ITA Most Improved Senior, and ITA Senior Player of the Year. The national winners were selected from the regional award winners by the Division III National Awards Committee.

Alexis Dimanche of Southwestern University has continually been recognized for his leadership abilities. The senior has been named the captain of the Pirates’ men’s tennis team three times. Dimanche also serves his teammates and the sport as a whole as a SAAC representative on his campus. As a nod to his athletic and academic prowess, he also was named a back-to-back Southern Collegiate Athletic Conference Elite 19 winner. Dimanche was also named an ITA singles All-American in 2018.

After starting his collegiate tennis career as a half-time starter in singles, Moses Hutchison went onto being a solid singles player and filling the No. 1 doubles spot his sophomore year and notching a first-round win at the NCAA Doubles Championships. In 2020, he held a 4-2 singles record and wins over the No. 6 and No. 33 singles players in the Oracle ITA Rankings. Hutchison was also honored as the UTR ITA Division III Men National Player of the Week. In doubles play, Hutchison had a perfect start to the season with a 6-0 record and a win over the No. 20 team in the nation.

James Hopper of Case Western Reserve started his collegiate tennis career hot. He held a 30 match win streak until he reached the quarterfinal singles match at the ITA Cup. The freshman swept the ITA Central Regional to punch his ticket to the ITA Cup. Hopper blazed through the doubles competition at the ITA Cup to become the ITA Cup Division III Doubles Champion. In the final Oracle ITA Rankings, Hopper was ranked No. 7 in singles and No. 1 in doubles. He was also named an ITA All-American in singles and doubles.

Jordan Brewer went from being unranked his first three years at Sewanee to being named an ITA All-American in singles his senior year. He finished as No. 20 in the nation in the Oracle ITA Singles Rankings. Brewer started his career playing No. 5 singles and ended it at No. 1 singles. He was undefeated in singles play and held wins over top-ranked regional players during the short span of his senior season. He holds a career record of 55-17 in singles and went undefeated in conference play for the entirety of his career.

Nikolai Parodi will be remembered as one of the most successful Stags in program history. As only the third four-year ITA All-American in singles and doubles, he has proved to be a dominant player through his entire collegiate career. Parodi finished his senior season ranked No. 1 in singles and No. 3 in doubles in the Oracle ITA Rankings. He held a 15-3 singles record in his final year. His only Division III loss came at the ITA Cup to Boris Sorkin. Parodi finished in the top five of the Oracle ITA Singles Rankings all four years he competed for Claremont-Mudd-Scripps.