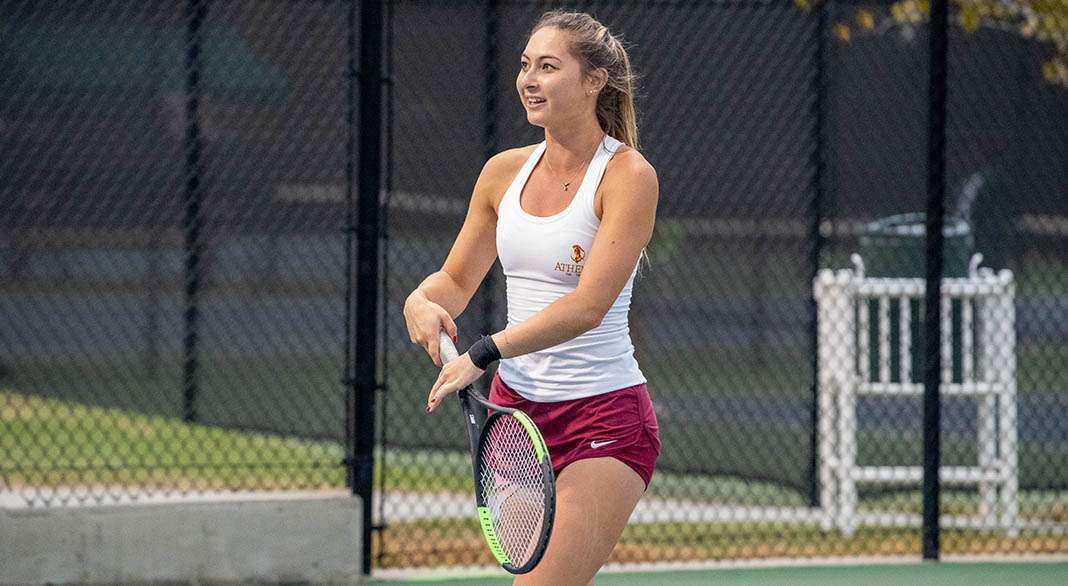 The Intercollegiate Tennis Association announced the Division III Women National Award recipients on Wednesday morning during the 2020 ITA National Awards Ceremony presented by Oracle. The recipients are outstanding representatives of college tennis’s strong athletic tradition and commitment to excellence on and off the court. The ITA is proud to continue our tradition of honoring and illuminating the success of our student-athletes!

The Division III Women’s awards include Arthur Ashe Leadership & Sportsmanship, ITA Rookie of the Year, ITA Player to Watch, ITA Most Improved Senior, and ITA Senior Player of the Year. The national winners were selected from the regional award winners by the Division III National Awards Committee.

Ashley Schmitz not only has made a mark on Randolph with her athletic success but also through her leadership. Schmitz was named the team captain in her sophomore year and has served as such for the last three years. She was named the team MVP in both 2018 and 2019 along with being awarded the team sportsmanship award three times. She holds the program record for the most career singles wins and is second in program history for career doubles wins.

Before the 2020 season came to a stop, Erika Oku was off to a spectacular start. In doubles, she was undefeated and finished No. 7 in the Oracle ITA Rankings. Her singles play was also at the top. She held a 5-1 singles record and finished No. 23 nationally. Last season Oku’s doubles play qualified her for the NCAA Championship – where she won a first-round match. Oku repeated as an ITA All-American in singles and doubles – making her the first back-to-back singles and doubles ITA All-American in Kenyon history.

Claremont-Mudd-Scripps’ Justine Leong had a hugely successful first year. She finished No. 1 in singles and No. 12 in doubles in the Oracle ITA Rankings. Leong remained undefeated in Division III play during the fall and spring seasons. In the fall, she swept the ITA West Regional and the ITA Cup. Her win at the ITA Cup punched her a ticket to the Oracle ITA National Fall Championships. At the Division III Indoor Championships, Leong defeated the defending Division III NCAA champion.

Over her four years with Sewanee, Ellie Czura has progressively improved her singles and doubles game. She started at No. 3 singles and finished her senior year playing at No. 2. In doubles, she started at the No. 2 spot and moved to the top spot. She finished her junior year ranked No. 23 nationally in the Oracle ITA Doubles Rankings. In her final year, she was named an ITA All-American in doubles and finished ranked No. 9 in the Oracle ITA Doubles Rankings.

Catherine Allen is no stranger to success in her collegiate tennis career. In her senior season with Claremont-Mudd-Scripps, Allen went 16-1 in singles and 21-4 in doubles. She finished ranked No. 1 in the nation in doubles and No. 2 in singles in the Oracle ITA Rankings. Her outstanding play earned her ITA All-American status in both singles and doubles. The team captain also captured the ITA Cup Division III Doubles title in the fall alongside Justine Leong. She competed in the finals of the ITA Cup finals against teammate Leong.