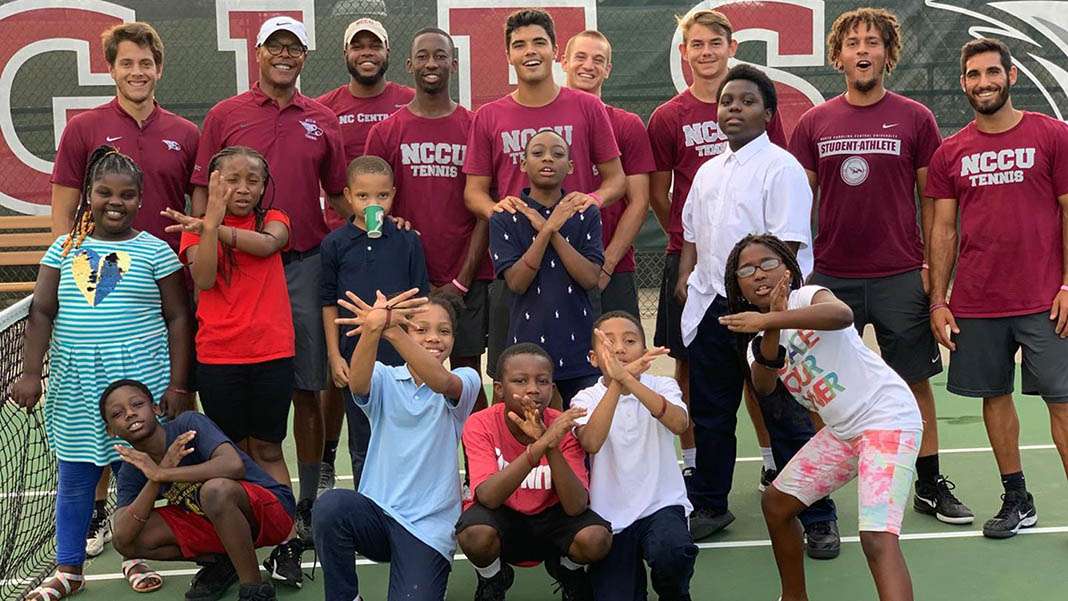 “Our fall 2019 season began with an unprecedented number of injuries that resulted in cutting our fall tournament schedule in half,” Coach Lawson explained. “In an effort to turn lemons into ‘limon’ade,’ we decided to make the best of our time and talents by participating in the ITA Community Service Challenge sponsored by Limoneira. Challenge aside, community service is part of our program’s DNA, so to be recognized as one of the ITA‘s national winners is a humbling honor.”

The 556 volunteer hours from the Eagles included work at the following projects: hosting tennis clinics at the Durham 150th Anniversary Tennis Festival, Boys & Girls Club of Durham and Orange Counties, and International Tennis Carnival; volunteering on a housing project for Habitat for Humanity in Durham; cleaning up litter for the NC Adopt-a-Highway Program; visiting patients at a local hospital; participating in Breast Cancer Awareness month; and supporting the Union Baptist Church Holiday Expo.

The North Carolina Central Eagles were recognized for their community service efforts during the  ITA Community Service Month Sponsored by Limoneira. They were honored in the social media category for their service.

According to Coach Lawson, the countless hours of service has provided his team with a deeper understanding of the value of serving your community. He believes that not only the Durham community, but also North Carolina Central University and his players have benefitted from the time they have invested.