ITA #WeAreCollegeTennis
Home After College College On Tour Turning Point: College Tennis in U.S. Instilled Belief In Me Before Turning... 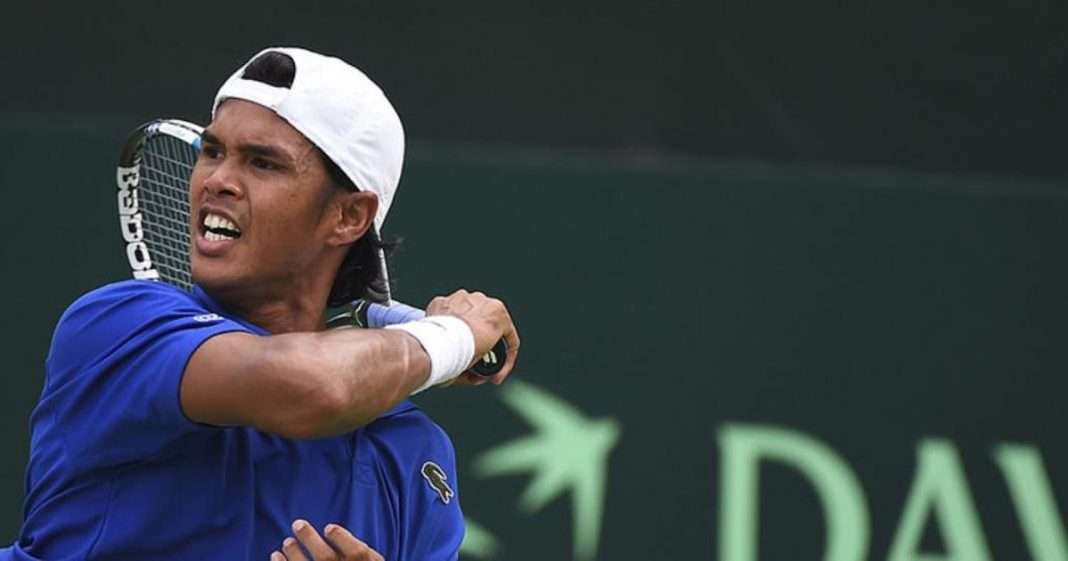 Somdev Devvarman’s career has seen multiple big wins. There is Carlos Moya, Ivo Karlovic, Marin Cilic in 2009 at tournaments in Chennai and Washington; Marcos Baghdatis, Milos Raonic, Guillermo Garcia-Lopez in 2011 at Indian Wells, Miami and Belgrade respectively. In 2014, Devvarman went past Juan Martin Del Potro in Dubai, for his biggest win, but it has a big asterisk attached to it: the Argentine had to retire hurt after the first set. Devvarman acknowledged at the time that it “didn’t feel like a top-5 win”. If doing well on the ATP Tour wasn’t enough, he won gold at the 2010 Asian Games in singles, doubles and bronze in the team event. A few weeks prior, he won gold at the Commonwealth Games as well.

There’s plenty to write home about for Devvarman and his achievements on the court – individually and for the country. Off the court, since his retirement, he’s taken to giving it forward and it hasn’t stopped during a pandemic. But it all could have been for nought, or at least could have gone very differently, admits Somdev, if he hadn’t taken the US college system route.

In 2004, Devvarman was granted scholarship from University of Virginia where he improved his skills and witnessed his tennis go up a notch. Already the top-ranked junior in singles and doubles in India, the Chennai player believes this was his turning point.

“When I went into college tennis, I was a good junior, I was one of the best juniors in India but on the world stage I was okay, I was average. And then when I went to college tennis, that’s when I was first exposed to a much higher level of tennis, but also a much higher and consistent level of training, competition and just a good structure that was required for a kid of at least my age at that time,” he told Firstpost.

“The people I was around in India didn’t really make that jump to playing top-100. There were a lot of good players but they were all around the 300s, 200s. Maybe Harsh Mankad was a little bit better. But you know, all of these guys were on that level, but no one was really close to a 100.”

“In college, in my first few years, Benjamin Becker was the first one who kind of went out and beat Andre Agassi in 2006 at the US Open, which kind of opened up a lot of college tennis players’ eyes. ‘Wow! This guy was an NCAA champion, and he’s gone on to beat Agassi at the Open in his last match.’ It showed us that we’re playing at a high level because he was playing with us. The following years, a couple of other good players went as well: John Isner, Kevin Anderson, myself, Jesse Levine. There’s about five or eight players in our group that went on and broke the top-100.”

“I think for me it was very important to leave the environment that I was in in India which was really inhibiting growth past a certain point. To get into a new environment where it was a completely different kind of competition and I had an opportunity to start with a clean slate. Just continue to work in a really nice environment with a team and coaches who care about you, get on a nice strength program and also continue to be 19 or 20, which means I was in college. That transition for me was very, very important. And then pretty much after college, once I got on the pro tour, that was another another different learning curve. But by that point, the belief had already set in that I could do this.”

During his college stint from 2005 to 2008 with Virginia, he won the 2007 and 2008 NCAA (collegiate level) titles with wins over Isner and John-Patrick Smith in the final. In the 2007 season, Somdev beat Kevin Anderson, who went on to reach the finals of 2017 US Open and 2018 Wimbledon, and Isner in the same week to win the NCAA title to become the first Indian to win the collegiate tournament.

With titles in 2007 and 2008, he became the 13th player in the 124-year history of the tournament to win consecutive titles and just the fourth to do so since 1950, with a staggering 44–1 record in 2008. He was also the Intercollegiate Tennis Association (ITA) Indoor singles and doubles champion in 2007, the ITA All-American doubles champion in 2007 and the NCAA singles runner-up in 2006.

When he graduated in 2009, Somdev’s win-loss record with Virginia read: 158-27 including 88-6 in the last two seasons. In 2008 Devvarman posted a 44-1 record and capped off his incredible journey with a school-record 36 match unbeaten streak. With this remarkable run, he became the first NCAA singles champion to close out a season with one or zero losses since Jimmy Connors in 1971. His jersey was retired, an American tradition, when he moved on to become pro.

If Devvarman hadn’t gone the college route, he was set to turn pro but a reality check was provided during a couple of tournaments in the US. “I was in BAT (Britannia Amritraj Tennis Academy) when I was 15, that was the best thing for my tennis at that time because I was running out of options and tennis started becoming expensive. Obviously being at BAT took care of training, tournaments and my parents didn’t have to suddenly make decisions that they weren’t experts at. That kind of stopped at 18. And then the options were simple for me: either you turn pro or go to college. To be honest, I considered going pro. I actually told my colleges that I didn’t want to join, I wanted to go pro and then I went on a trip to America to play two or three events.”

“I realised how hard it was, how little money you make. It was tough to actually go out there in that environment at that age, with that little experience, it’s close to impossible.”

“Then it came down to which is the right college for me. That conversation opened up a whole bunch of different things and I was lucky I ended up where I did because they really took care of me. And if it wasn’t for them, I don’t think I would have stood a chance.”

Somdev isn’t the only Indian player to have come through the US college tennis system. Mahesh Bhupathi, Harsh Mankad, Saketh Myneni, Jeevan Nedunchezhiyan and Sanam Singh are other names. A strong advocate of college tennis, Devvarman believes it helps in finding the right direction especially if you get injured as a youngster.

“Just think about it from a practical perspective. A lot of players right now, when they’re young and get injured, what happens? How many players have we lost because they were young, injured, and didn’t have a place to go out there and get better. I’m close friends with Sumit (Nagal) now. But when he was 17-18, I was encouraging him hard to go to college. I said, two or three years, it’ll be good for you. And he didn’t go. And within the first year, he got injured. That year was probably the hardest things that he had to go through. Keep in mind at that age you’re not earning money. Karman (Kaur Thandi) is going through something very similar now as well.”

“I don’t want to use the words ‘safety net’ but the only thing that makes you a professional anything is if you’re making money. If you call yourself a professional athlete, you need to be making money playing professional sport. And at 19-20, a lot of these kids are not ready. If they’re not from the USTA, the French Federation, where they have all of the backings, the wildcards, the coaches at their disposal and things to take care of the injuries and different places and players to train with and get better… we don’t have those options in India. So if a 19-year-old goes out and gets hurt, it’s really going to hurt the person’s chances. Don’t forget how expensive training is in Europe or in America at that age. College tennis is just a fantastic way to kind of save all of those expenses and actually, in a sense, get paid because they’re paying for your scholarship. You go out there, get an education, learn something, and become a better tennis player.”

Somdev was inducted into the ITA Men’s Collegiate Tennis Hall of Fame in 2019.