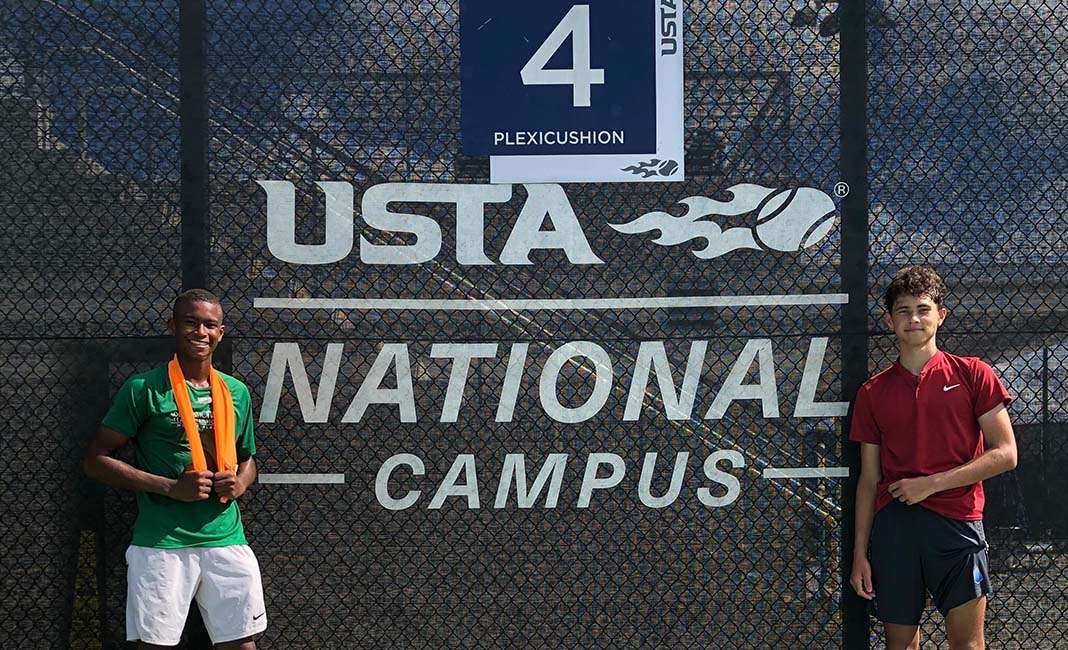 The Oracle ITA Summer Circuit powered by UTR wrapped up week 5 of play on Monday. Collegiate players and juniors flocked to Texas, Florida, and Michigan to safely compete in the tournaments. Week 5 featured a prize money tournament. Players in the Bay Area Racquet Club tournament competed for a $2,000 purse.

Only two more weekends of play remain before the circuit culminates in the Oracle ITA National Summer Championships in College Station, Texas.

Lubbock local Harrison Bennett walked away with the men’s title after a weekend of play in West Texas. Bennett breezed through his matches, taking them all in straight sets. In the finals, Bennett matched up against fellow local Andrew Azatian. After a 6-3 first set, Bennett sealed his win with a 6-1 second set.

A former University of North Texas player took home the women’s title in Lubbock this weekend. Kononova played for the Mean Green from 2015 to 2019. Kononova blanked Rachel Homan of Tijeras, New Mexico in the finals of the Preston Manor tournament.

The Aggies’ rising junior faced a slew of juniors and collegiate players from the Lone Star State. In the round of 32, he took down Abilene Christian’s Cole Stokes in straight sets. He continued downing his opponents in straight sets through the rest of the tournament. Abbrat faded his fellow Aggie, Kenner Taylor,  in the semifinals (7-5, 6-3). In the finals, Abbrat faced Tyler Junior College’s freshman Jaycer Lyeons who finished No. 9 in the Oracle ITA Singles Rankings. Abbrat took the first set and managed to withstand a push from Lyeons in the second to win 6-3, 7-5.

Rhiann Newborn competed collegiately for Syracuse and Baylor. She took the women’s crown at the Bay Area Racquet Club club after defeating Ayaka Okuno in a close match. Newborn withstood Okuno winning 7-5, 7-6 (1). En route to the finals, Newborn won all of her matches in straight sets except for the quarterfinals. Competing against Andrea Le, she dropped her first set and came back to take the second forcing a tiebreaker (3-6, 6-2, 1-0 (6)).

At the USTA National Campus, Jelani Sarr worked through his opponents methodically. In the finals, Sarr matched up against Jake Fellows. Fellows was unable to withstand Sarr and fell 1-6, 2-6.

Sonya Macavei, a junior from Ohio, took home the women’s crown at the National Campus this weekend. After withstanding a challenge from Mira Gladstone in the round of 16 (6-1, 7-6 (4)), Macavei progressed steadily through the tournament. She finished the weekend with a 6-2, 6-2 victory over Universal Tennis Academy’s Kate Sharabura.

JTCC’s Ekansh Kumar secured the tournament title in Grand Rapids this weekend. In the finals, Kumar went toe-to-toe with fellow junior Noah Hernandez. After taking the first set in a tiebreaker, Kumar dropped the second. Kumar recovered quickly and took the match in a tiebreaker (7-6 (5), 4-6, 1-0 (5)).