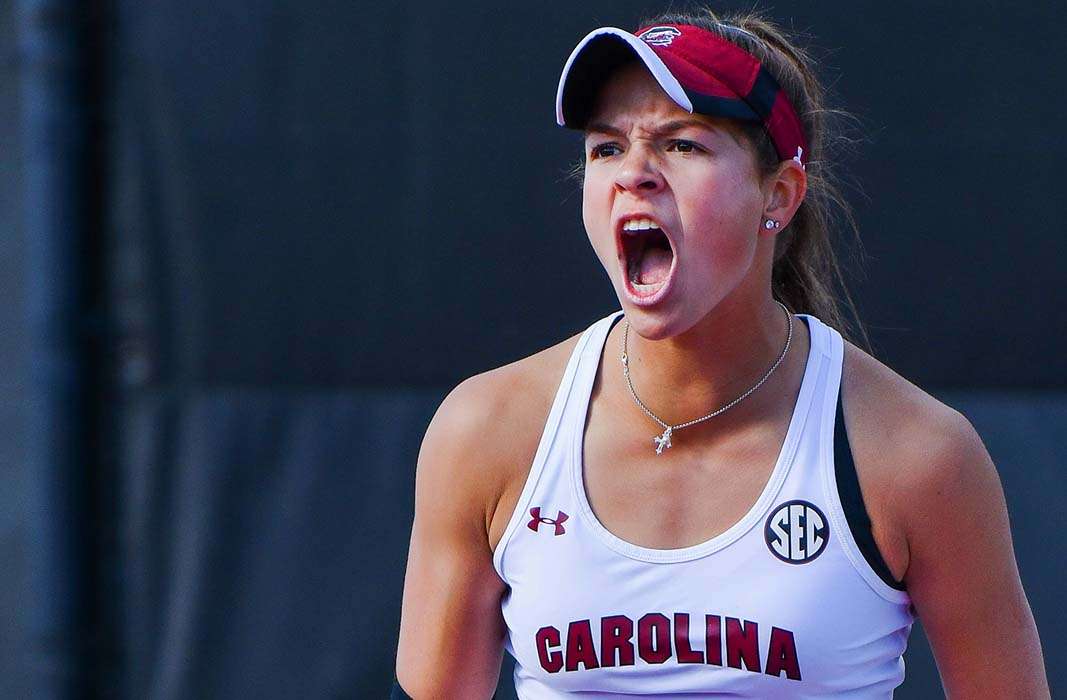 The final week of the 2020 Oracle ITA Summer Circuit Powered by UTR wrapped up over the weekend. Over the course of the Circuit, collegiate, junior and professional players took advantage of safe play opportunities at 28 tournaments.

The final week of the Circuit featured a prize money tournament hosted by Georgia Gwinnett. Two Division I players claimed the crown – and the purse – in Lawrenceville. Players will have the opportunity to earn prize money one more time at the Oracle ITA National Summer Championships in College Station, Texas. The Championships begin this weekend and have a total prize money purse of $15,000.

As the Summer Circuit tournaments wrapped up, the ITA and UTR announced new safe play opportunities in the ITA Tour: Fall Circuit by UTR. The Fall Circuit will span 10 weeks and offer local, level-based competition that counts towards a player’s UTR. Applications for host sites are open until August 16 with the schedule being announced August 24th.

The University of Tennessee at Chattanooga rising junior secured the title and prize money at the Georgia Gwinnett College Summer Circuit tournament this weekend. Rodriguez opened the tournament by downing Parker Bradbary of University of Alabama – Birmingham. He went on to take out his next two opponents in straight sets. Rodriguez’s biggest challenge was in the semifinals where he avenged his finals loss to Baylor Sai in the Adams Tennis Complex tournament the previous weekend. After taking the first set against Sai, Rodriguez dropped the second forcing a super tiebreaker. Rodriguez moved onto the finals after winning 6-4, 1-6, 1-0 (8). In the finals, Rodriguez defeated Georgia State’s Patrick Lazo in straight sets.

On the women’s side of the Georgia Gwinnett tournament, Gamecocks’ rising sophomore Emma Shelton blazed through her competition. Shelton did not drop a set the entire tournament. Her dominating performance came against two collegiate players – Zoe Cauthen and Chloe Brown – along with three juniors. Shelton matched up against five-star recruit Akari Matsuno for the title. She made quick work of the junior, winning 6-1, 6-0.

Wichita State’s Alexander Richards took home the men’s title in Wichita. Kansas. The freshman Shocker did not drop a set until the finals. Richards matched up against four-star recruit Cole Knutsen. After dropping the first set, Richards pulled even with Knutsen forcing a super tiebreaker. Richards maintained control of the match and won 3-6, 6-2, 1-0 (4).

In Florida, four-star recruit Tygen Goldammer walked away with the men’s title. After moving through the opening three rounds with ease, Goldammer matched up with Jonathan Judy-Hansen, Auburn University at Montgomery. Goldammer came out on top after a close first set and a tiebreaker in the second. In the finals, Goldammer was pushed by blue-chip recruit Cassius Chinlund to a super tiebreaker. Goldammer won the match 6-2, 2-6, 1-0 (5).

Michigan State’s Carson Gates defeated two Ball State athletes in straight sets en route to the men’s title at Jermain Park. It was former Case Western athlete Anthony Kanam that proved to be the biggest challenge for Gates. Gates started his quarterfinal match by dropping an extremely close first set to Kanam. However, after the first it was all Gates. He finished strong taking the match 6-7 (4), 6-2, 1-0 (2).

Five-star recruit Rylie Hanford secured the women’s title at the Jermain Park Summer Circuit tournament this weekend. Aside from the finals, Hanford downed her opponents in straight sets. Hanford faced fellow five-star recruit Julia Fliegner in the finals. Hanford faltered in the first set – dropping it 1-6 – but rallied back to force a super tiebreaker. Hanford and Fliegner fought hard in the super tiebreaker, but Hanford came out on top, 1-6, 6-3, 1-0 (11).