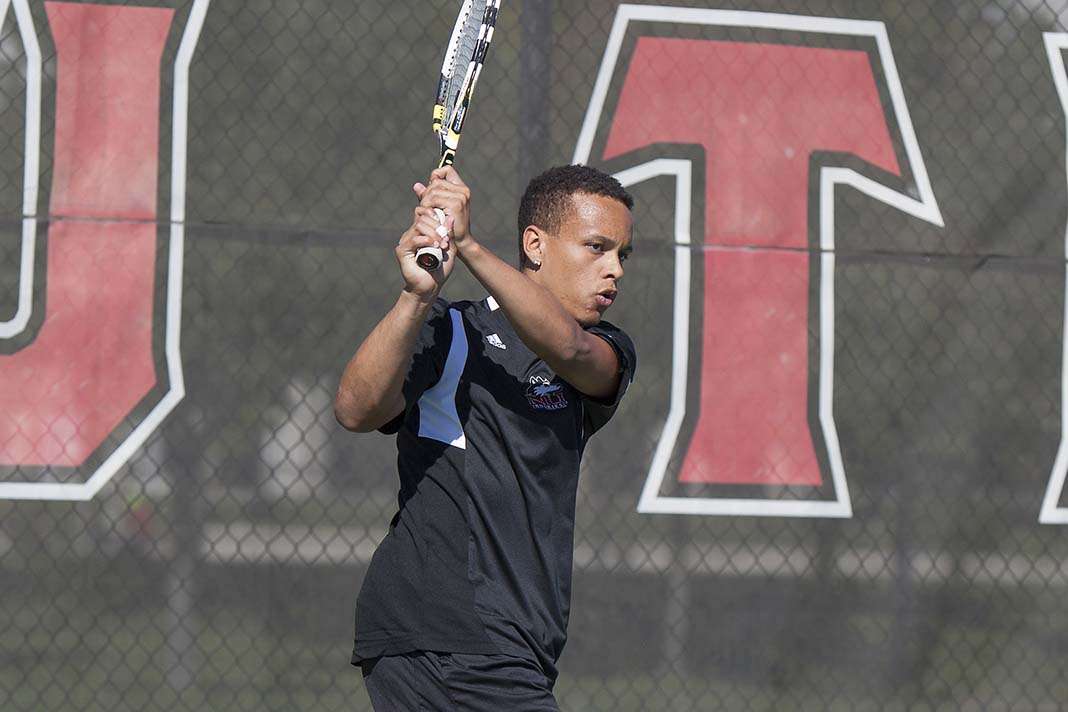 Austin Russell knows well the doors that XS Tennis Village can open. Now he’s helping hold those doors open for the next generation of Chicago youth.

Growing up in a suburb of Chicago, Russell was introduced to tennis at an early age. His father worked as a tennis coach on the north side of Chicago and Russell became a student of the game at age four.

The time spent around his father’s players drove Russell to develop his game as well. At age thirteen, Russell turned to XS Tennis to prepare him to be a Division I tennis player — and eventually, a professional player.

XS Tennis began in 2005 with a small group of players practicing at Dunbar Park and a National Guard Armory. This small idea soon grew into a greater mission: to provide Chicago’s underserved youth with an enriching safe-haven and positive pathway to college through a community-based tennis and academic enrichment program.

The non-profit offers two paths for youth – Junior Development and Academy. The Academy track is designed to develop high performing juniors who aim to obtain a college tennis scholarship. To date, XS Tennis has sent 47 youth to Division I schools on tennis scholarships — including Russell.

Russell earned a spot on the Northern Illinois University men’s tennis team. During his time competing for the Huskies, he was named the team’s co-captain and to the second-team All-MAC.

After his junior season at NIU, Russell began to coach at XS Tennis. Russell felt called to give back to the organization that had given him so much over the years. He taught his students not only the basics of the game, but even more importantly instilled in them a love of the sport.

Before beginning his year of service with Tennis For America, Russell played professionally. His time on the ITF World Tour taught him many lessons and now he is sharing them with the youth at XS Tennis.

As a Tennis For America fellow, Russell is able to help XS Tennis introduce Chicago kids to tennis and develop their skills — much like they did for him as a child.

Tennis For America places qualified college tennis graduates with non-profit tennis centers around the country in order to address inequality through tennis. Each Tennis For America fellow’s experience is tailored to their skills and the needs of their host site.

“One of the more rewarding things about being a VISTA for XS has been spreading the word about what the organization is all about, which is equal opportunity,” Russell explained. “At XS, they believe that everyone deserves that chance to be great. If you are willing to work then they are willing to help you regardless of money.”

Since starting in July, Russell has been working on improving the visibility of XS Tennis in the greater Chicago area. He graduated NIU with a bachelor’s degree in business marketing along with certifications in digital marketing.

He’s hoping to spread the message that through XS tennis, Chicago youth will have all the necessary tools they need to succeed. Russell and the XS Tennis staff are holding the door open – the kids just have to walk through.