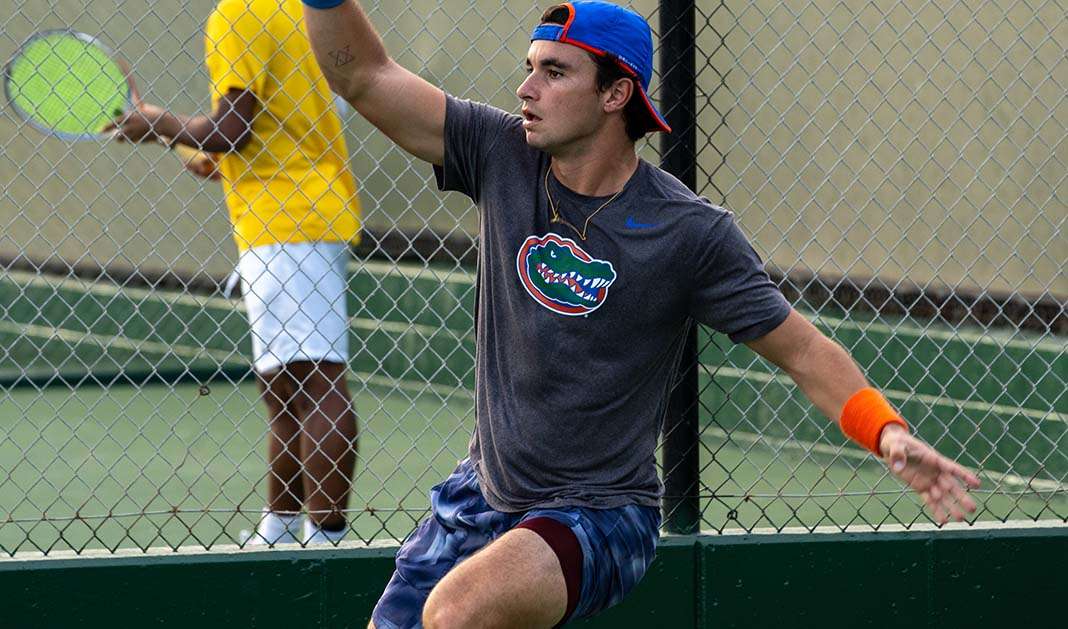 Week Two of the ITA Tour: Fall Circuit by UTR is in the books. Across the country college, professional and junior players participated in 19 socially-distanced, safe-play tournaments.

Tournaments saw tough competition from skilled competitors. We’ve rounded up how the top 10 UTR players – five women and five men – fared this week in the Circuit.

Blue-chip recruit Reese Brantmeier took home the title in her hometown ITA Fall Circuit. Brantmeier came into the tournament with the highest UTR across all Fall Circuit events for week two. Brantmeier opened the tournament against Alexandra Savu. Brantmeier quickly took the first set and Savu attempted to put together a comeback in the second by pushing Brantmeier to a tiebreak, but failed to come out on top. The No. 2 recruit in the 2022 class methodically worked through the rest of her opponents – only dropping 11 games after the opening round.

Recent UCLA Bruin Vanessa Ong will be bringing a Fall Circuit title and trophy with her to Los Angeles. The former blue-chip recruit dropped a total of 10 games through the entire tournament. Notable matchups were Oklahoma State’s incoming freshman Daniella Medvedeva and five-star recruit Emma Staker. Ong downed Medvedeva in identical straight sets, 6-1, 6-1, in the semifinals. In the championship match, Ong handled Staker with similar ease, 6-2, 6-0. Staker is currently ranked No. 25 in the Class of 2021 and competed in the Oracle ITA National Summer Championships.

Staying in the Lone Star State, Destinee Martins of Tyler Junior College reached the finals of the Beaumont Fall Circuit tournament, but retired after the first set. Up until the finals, the Tyler JC Apache had dropped only 10 games and downed her opponents in straight sets. New Mexico State tennis alumnae Susana Alcaraz-Gonzalez took home the tournament’s title.

At the Lakeland, Florida Fall Circuit event, blue-chip recruit Katja Wiersholm walked away with the championship ‘dub. Wiersholm is on the rise in the class of 2022 – she is currently ranked No. 9 nationally. During this weekend’s tournament, she won her first three matches in straight sets. In the finals, Wiersholm matched up against five-star recruit Sofia Rojas. The match swung back and forth with Wiersholm taking the first set and Rojas the second. Wiersholm edged out Rojas in the tiebreaker, 6-1, 2-6, 1-0 (5).

The senior Florida Gator entered the Georgia Gwinnett Fall Circuit event with the highest UTR across all tournaments in Week Two, but was unable to survive the gauntlet that was the GGC tournament. After handling his first two matches with ease, Vale was pushed to the limit by Georgia Gwinnett junior Valentino Caratini, 6-7 (6), 6-4, 1-0 (3). Vale was stopped in his tracks by his new teammate, Ben Shelton. After Vale edged Shelton out in the first set, the incoming freshman took the match. Shelton went on to face Georgia Tech’s Andres Martin in the finals. Previous to this weekend’s tournament, Vale had been competing in FPT events in his home country of Portugal.

Like his fellow senior Gator, Andres Andrade reached the semifinals of the Georgia Gwinnett event before he was eliminated from the tournament. Notable matchups for Andrade were Georgia’s Britton Johnston, Georgia Tech’s Keshav Chopra and Georgia Tech’s Andres Martin. In the round of 16, the Georgia Bulldog pushed his SEC rival to a third-set tiebreak, but was unable to top Andrade. In the semifinals, Andrade started off strong taking the first set 6-1, but Georgia Tech’s Martin rallied back and won in a third-set tiebreaker.

Big Blue fifth year Nick Beaty reached the semifinals in the collegiate player heavy South Bend tournament. Beaty matched up with two Notre Dame players in his opening two matches before facing his own teammate in the semifinals. Notre Dame transfer Brandon Ancona was Beaty’s first test of the tournament. After dropping the first set, Ancona dug in and took the second in a tiebreak. Ultimately, Beaty’s experience prevailed and he moved on to face Patrick Maloney in the semifinals. Maloney played mainly at No. 6 singles last year, but has been hot during the Fall Circuit. The Michigan junior defeated Beaty in straight sets and went on to win the tournament. This comes a week after he defeated All-American Cannon Kingsley at the Boar’s Head Fall Circuit event.

Georgia Tech sophomore Andres Martin narrowly missed winning back-back Fall Circuit events. Coming off the Windward Lake Club Fall Circuit event with the title, Martin found himself in the championship match once again. Martin faced Georgia Gwinnett’s Sergio Valinotti in the round of 16 and then three back-to-back Florida Gators. In Monday’s final, Martin could not put together a win and lost in straight sets to the incoming Florida freshman, Ben Shelton.

After receiving a first round bye and a walkover, the Fighting Irish’s Tristan McCormick matched up against two Michigan players. In the quarterfinals, McCormick handled Jonathan Yaffe in straight sets, 6-1, 6-3. McCormick then faced Michigan incoming freshman Jacob Bickersteth. The former blue-chip recruit downed McCormick in straight sets to move onto the finals.

Check out more results from Week Two of the ITA Tour: Fall Circuit by UTR!