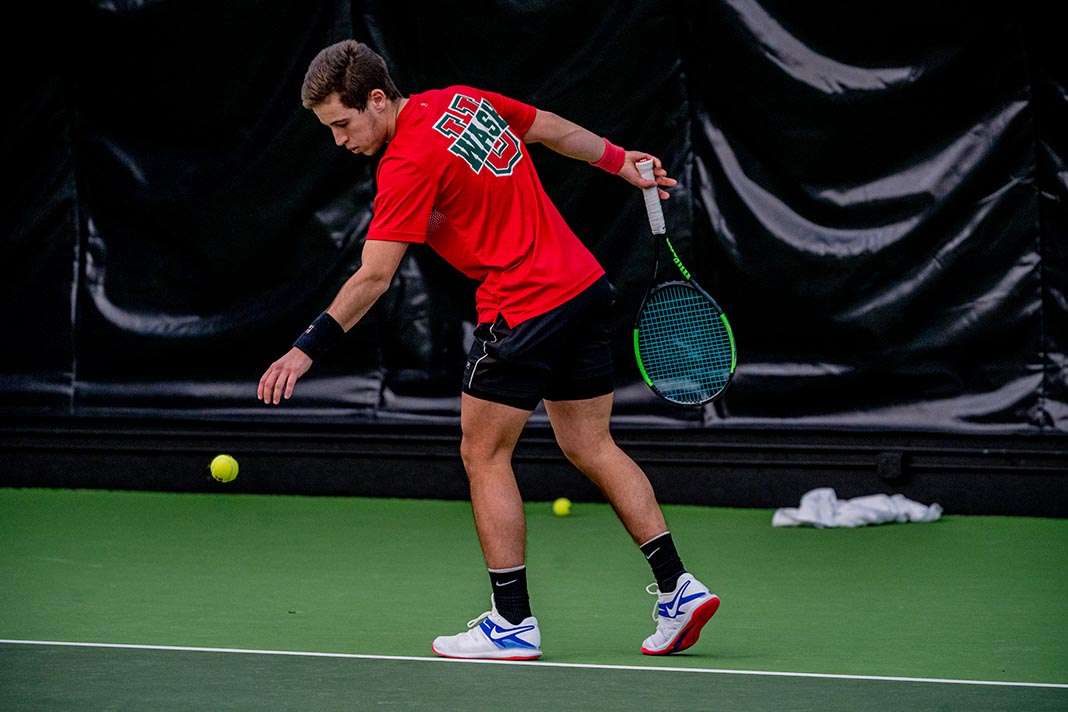 There was a lot of tennis played this weekend – 15 tournaments including the prestigious Oracle ITA Masters by UTR. We’ve crunched the numbers and have everything you need to know.

Student-athletes from a whopping 92 different schools competed in week four of the Circuit. With rules differing from school to school and conference to conference on whether or not student-athletes can play attached, the Fall Circuit offers athletes the opportunity to get in the crucial fall matches that are necessary for their development.

Division I schools led the pack with 55 different programs represented. Division II came in with 15 schools represented followed closely by Division III with 14 programs. Finally, NAIA had 8 programs compete this weekend in tournaments.

Maryville tennis was well represented at the Fall Circuit event in Saint Louis. Their entire roster competed in the tournament. Senior Jack Beuttell-Triggs made it to the semifinals before falling in three sets to Gaurav Singh.

The 49ers had seven student-athletes compete this weekend at the Belmont Abbey Fall Circuit event. Three student-athletes from UNC Charlotte reached the semifinals of the tournament with senior Benjamin Wayand reaching the finals.

The Wolverines were spread between two Fall Circuit tournaments this weekend — the Oracle ITA Masters and XS Tennis Fall Circuit event. Five student-athletes competed in Chicago while Andrew Fenty and Patrick Maloney were in San Diego. In Chicago, incoming freshman Jacob Bickersteth reached the finals where he fell in a tiebreaker to Notre Dame’s Tristan McCormick.

In Logan, eight of the nine student-athletes on the Aggies’ roster competed in the Utah State Fall Circuit event. Three Utah State players made it through to the semifinals of the event while sophomore Renata Lombera took home the title.

The Arizona Wildcats had five student-athletes represent them at the Fall Circuit event in Tucson this weekend. Three Wildcats reached the quarterfinals of the event.

Five Northwestern women’s players showed up at the competitive XS Tennis Fall Circuit event. Two of the Wildcats made it to the quarterfinals with sophomore Christina Hand advancing to the semifinals before falling to eventual champion Kari Miller.

The Michigan women’s program showed up in full force at the XS Tennis Fall Circuit event as well. Two Wolverines advanced to the semifinals of the tournament, but freshman Kari Miller went all the way. Miller won the tournament in a three-set battle against junior Emma Jackson.

ITA Senior of the Year Ashley Lahey ended week four of the Circuit as the highest rated UTR player. Lahey entered the Oracle ITA Masters by UTR seeded No. 2, but she fell in the round of 16 to unseeded junior Anne Lutkemeyer. In her third match of the tournament, Lahey returned to form and dismantled Wake Forest’s Carolyn Campana in straight sets.

Catch up on the rest of what happened in Week Four of the Circuit!