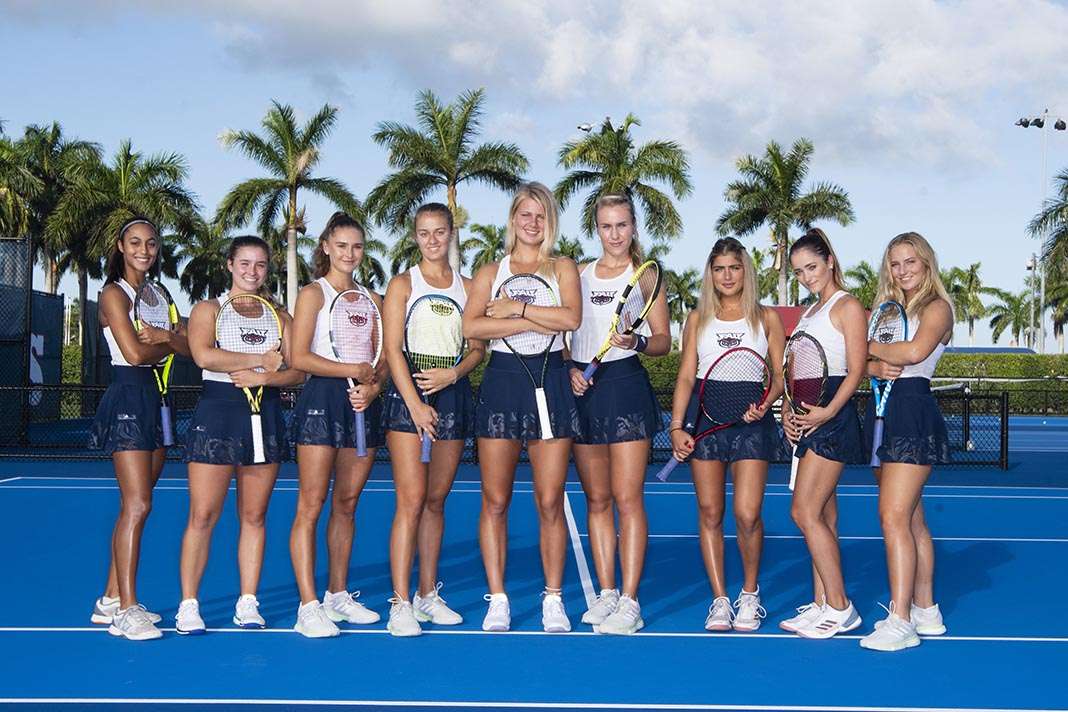 Virtual meetings, virtual conventions, virtual classes, virtual celebrations. Whether it be on Zoom, Google Hangouts, FaceTime or another method, we have all shifted our lives online in response to the pandemic.

Love Serving Autism – a nonprofit in Florida aimed at helping individuals with developmental challenges to develop life skills through therapeutic tennis instruction – adapted to the virtual world early on.

“At the time there was no virtual programming, so how do you just open a program or a class on a campus,” CEO and Founder Lisa Pugliese-LaCroix said in an interview with USTA Florida. “I think there’s a lot of opportunity in this area. This is the first time that we as an organization have partnered with a team and worked together on this initiative.”

Pugliese-LaCroix is a longtime friend of FAU Head Coach Caroline Wheelen — they both played the junior circuit in South Florida before heading to compete at their respective colleges. The two remained in touch through social media and Wheelen followed along as Pugliese-LaCroix made her vision of LSA a reality.

When FAU’s season was canceled, Wheelen saw an opportunity.

“When classes went all online and we were quarantined 6+weeks during the season I saw a lot of time open up,” Coach Caroline Wheelen explained. “I know what having too much time  can do to a structured, competitive athlete so I contacted Lisa immediately.”

Pugliese-LaCroix got to work training the team on how to give the virtual lessons and soon the girls were logging in on Saturday to teach tennis.

Several of the student-athletes had some “pre-match jitters” before their first virtual lesson, but those quickly melted away as the kids – many of them who are nonverbal – lit up as they learned about the players, their backgrounds, and the sport of tennis.

Many of the FAU student-athletes were in their home countries during this time, so the LSA kids were connecting with them in the Czech Republic, Prague, and Israel among others.

“The team members have brought so much joy to our children – and some of the adults – logging in,” Pugliese-LaCroix said. “I think it is more of the social interaction and seeing that ‘they are college students who actually care about us and they are our friends.’ It provides that social interaction and gives them confidence.”

“The players have gotten so much joy out of the classes,” Wheelen said. “They realized life is not just about school and tennis and there are things bigger than themselves. As adults, we know giving back can create this feeling inside of you that you can’t replicate unless you are giving back. These young girls have gotten a chance to realize this early in their life. Several of them like [Natalia] Boltinskaya said she wanted to take this program back to her country and help autistic children in Russia.”

Over the last semester, the team has volunteered for over 120 hours. In addition to their lessons with LSA, the Owls have participated in beach cleanups, campus cleanups, and food and toy drives.

“We do not volunteer, for the most part, because it benefits us,” Wheelen explained. “We volunteer because it makes a difference. But, there are even more benefits to volunteering. We notice a subtle shift in ourselves when we volunteer. We feel more connected to others, and we become less absorbed in the normal stresses of daily life. We share our experiences with others and want to help more.”

LSA has shifted something permanently in the hearts of Wheelen and her team. Whether it be online or in-person on the FAU campus, the Owls are committed to sharing their sport – and part of themselves – with the kids of LSA.