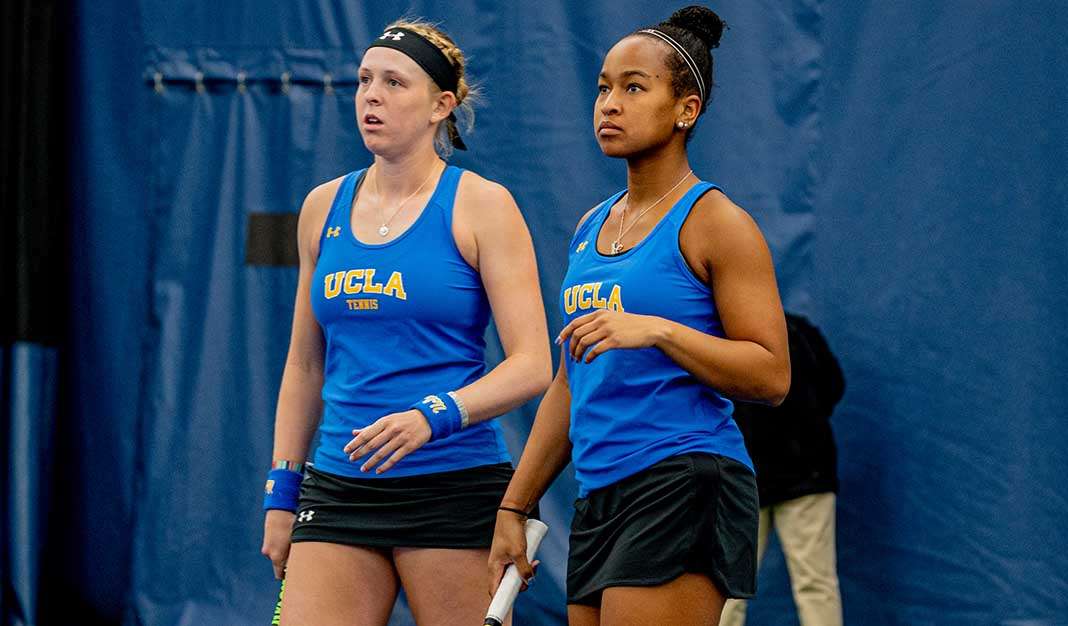 Share
Facebook
Twitter
WhatsApp
Linkedin
Email
The top of the Oracle ITA DI Women Preseason Doubles Rankings is filled with familiar faces. UCLA’s duo of Bolton and Hart start the season at the top followed by two pairs from the state of North Carolina — NC State’s Rogers and Smith and UNC’s Graham and Daavettila. The top five is round out by the 2019 All-American Championships Doubles Champions Martinelli and Gong and Georgia Tech’s Jones and Flores.
Duos from Stanford and Georgia made the jump into the top 10 from their spots in the last ranking of the 2020 season. In the last published rankings of the 2020 dual match season, Stanford’s Arbuthnott and Blake sat at No. 19 and Georgia’s Jokic and Hertel were ranked No. 30.
The Tar Heels placed three doubles pairs in the top 60 – Graham/Daavettila, Jones/Sanford, and Morra/Scotty – the most of any program.
The Oracle ITA Division I Women’s Preseason Singles Rankings and Oracle ITA Division I Women’s Newcomers were also released Wednesday.