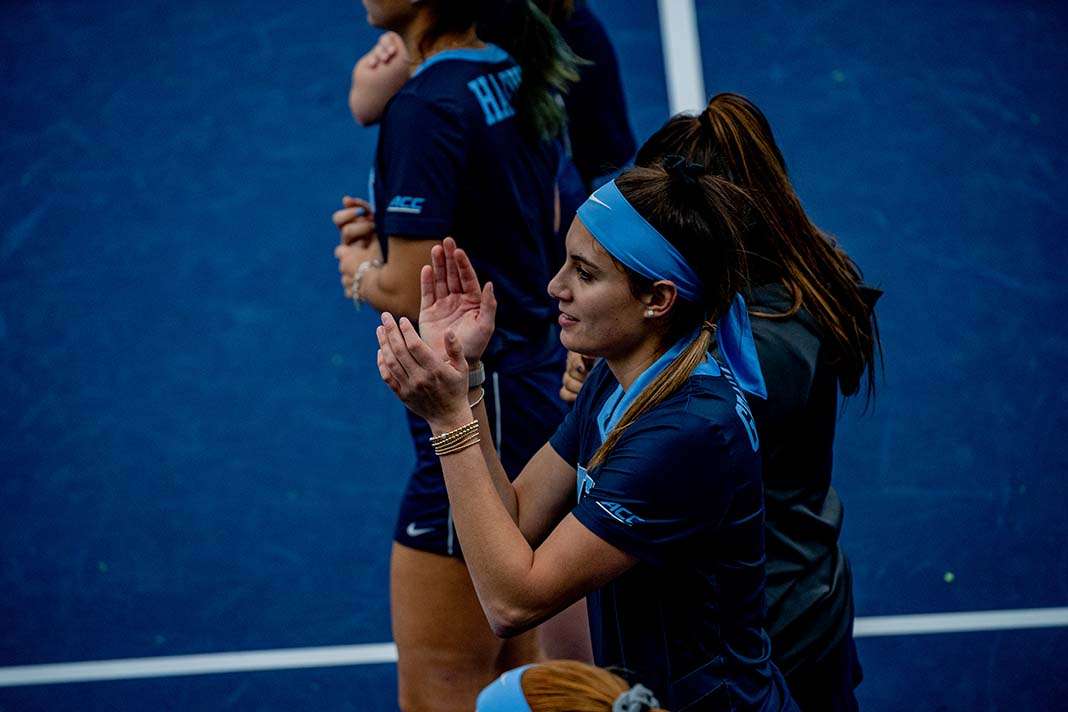 This past weekend of play saw numerous upsets, but the top five teams in the Oracle ITA Rankings came out unscathed and unchanged. After a dominating Kickoff Weekend performance, North Carolina heads to Indoors as the No. 1 team and reigning champions. Three of the remaining top five teams will also head to Stillwater to compete for the national championship.

No. 6 Georgia Tech and No. 9 Ohio State saw the dividends of their upsets from this past weekend and moved into the top 10 in the rankings. Perhaps the largest jump in the rankings came for previously unranked Northwestern. The Wildcats took down then No. 8 NC State in a tight opening round matchup of Kickoff Weekend and then rolled on to defeat No. 16 Wake Forest 4-0. The ‘Cats will head into Indoors as No. 13 in the country. All eight teams competing at Indoors rank in the top 13 in the nation.