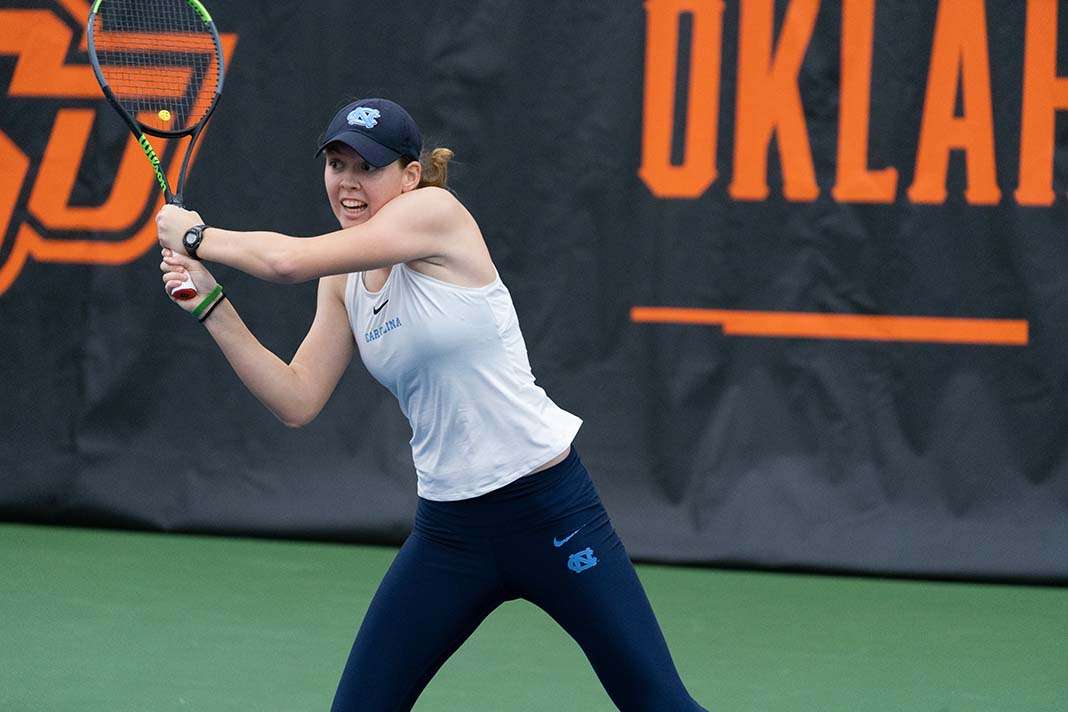 The UTR ITA Player of the Week awards were claimed by two ACC student-athletes. North Carolina’s Elizabeth Scotty continued her success from Indoors and added a top 50 singles victory to her resume. Miami’s Franco Aubone finished his perfect week of play with a match-clinching victory over Clemson’s Puscas.

In the Tar Heels’ first action since they won the 2021 National Team Indoor Championship, sophomore Elizabeth Scotty continued her hot streak. Splitting time between No. 1 and 2 doubles, Scotty went undefeated – dropping only five games total across three matches. Paired with Sara Daavettila, her win over Charlotte’s Maquet and Dean clinched the doubles point for the Heels. During Carolina’s top 15 matchup with Virginia on Sunday, Scotty and Jones teamed up to bring down Natasha Subhash and Sofia Munera. In singles against the Cavaliers, No. 79 Scotty moved up to the No. 3 position where she faced No. 47 Rosie Johanson. Scotty’s straight-set victory over Johanson put the Heels within one point of clincing the match.

This past week, the Miami Canes started 2-0 in ACC play after downing Georgia Tech and Clemson. Junior Franco Aubone had a large role in Miami’s recent success — he clinched the match for the Canes against both teams. Paired with partner Hannestad, Aubone also went undefeated this week in doubles. The No. 22 ranked duo added a ranked win to their portfolio with a 6-3 victory over No. 31 McDaniel and Schelcher. In singles, Aubone is a perfect 5-0 on the season. His first clinch of the weekend came against Georgia Tech’s McKinney on court five. Aubone’s straight-set victory put Miami over the top for the win. Two days later in a much more tightly contested match, Aubone once again was the guy for the Canes. With the match tied at three-all, Aubone battled through a three-set fight to seal the win for his team.