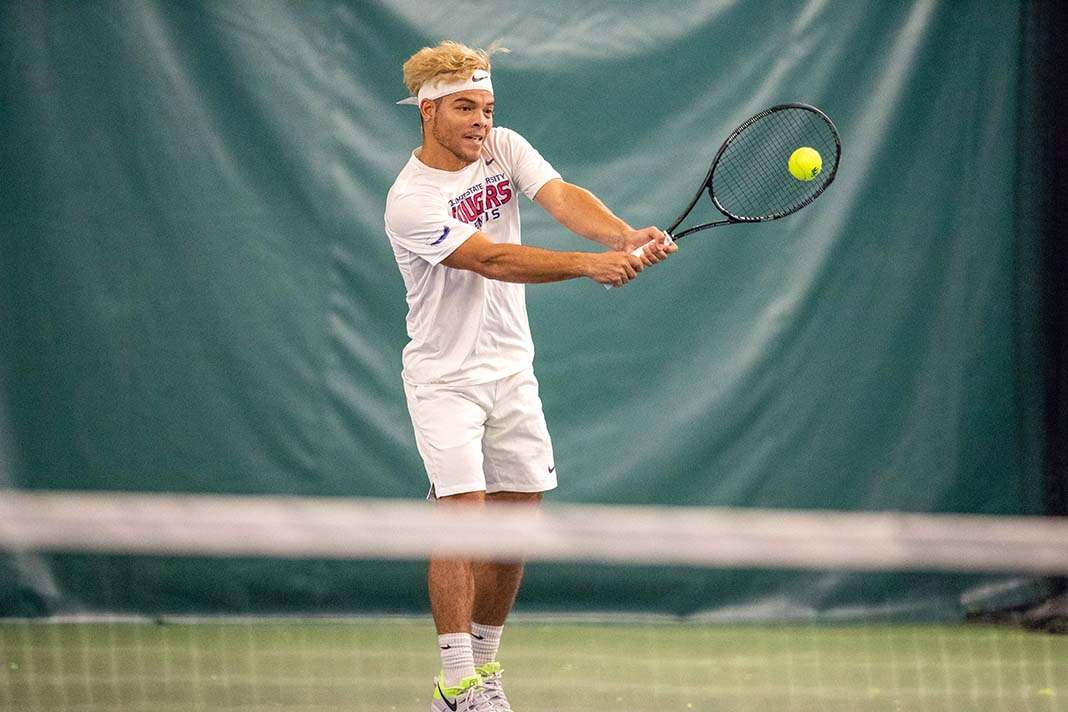 A win for the Greyhounds would make them the second-ever DII Indoor national champion, while the Cougars have a chance to keep the title at home.

Live results will be available for all four matches played tomorrow.

The University of Indianapolis Greyhounds are heading to the championship game in their first Indoors appearance. The semifinal match between the Greyhounds and Argos was a bit closer than the 4-0 scoreline depicts. In doubles, the Argos jumped out to an early lead, but Indy did not give up and chipped away at West Florida’s lead at No. 1 and 3 doubles. Despite UWF winning at No. 2 doubles, Indy would clinch the doubles point with wins in tiebreakers at No. 1 and 3. The teams would evenly split the first sets in singles, but Indy’s student-athletes were able to blaze through their second sets to victory. Points two and three for the Greyhounds came from senior leader Renato Lima on court one and sophomore Talimaa on court four. The clinching point came from sophomore Tom Zeuch on court two. He defeated Bandeira 6-3, 6-4. The victory extends Indy’s winning streak to 6-0 on the year. The Greyhounds will meet Columbus State for a chance at the championship trophy.

The defending Indoor champions continued to roll in their semifinal match against Drury University. The Cougars swept the Panthers not dropping a single match. The Cougars got it done in doubles on courts one and three winning both by the score of 6-2. In singles, CSU took all six of the first sets setting the tone for the rest of the match. It would be the bottom half of the lineup that got it done for the Cougars — not without the top half closing in on wins of their own. Cueto Ramos finished first for the Cougars bringing the score to 2-0. Next to him on court five, freshman Steen was putting together his own win. After a competitive 6-4 first set, Steen put on the blasters and recorded a dominating 6-0 second set to put his team within one point of the championship match. At this point, the remaining four Cougars were racing to see who could finish first. All had four games in the second and looking for the win. Another freshman, Martinetti, would get the honor of clinching the match. Martinetti dominated Ogilvy and won 6-3, 6-1. The Cougars will be heading back to the championship match for the second year in a row to defend their national championship. They will face the University of Indianapolis tomorrow at 5:45 PM CT.

Catch up on the action from Day 1 of the DII Men’s Indoors!