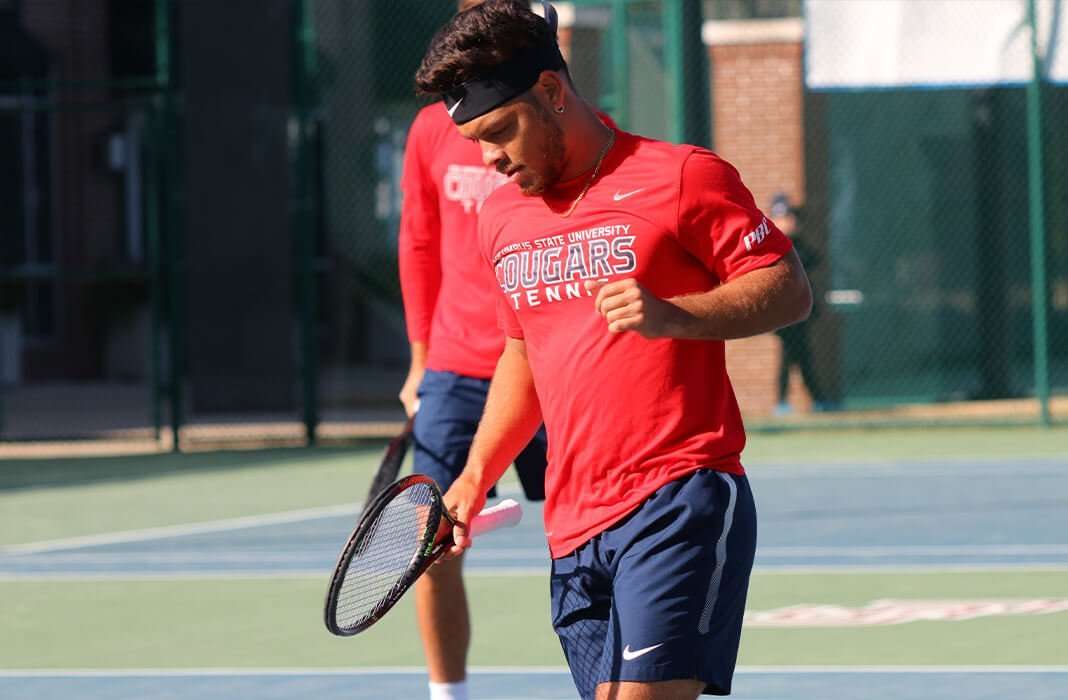 Share
Facebook
Twitter
WhatsApp
Linkedin
Email
The Columbus State Cougars are still at the top of the Oracle ITA Division II Men’s Team Rankings. Coach Isaacs’ crew remains unbeaten on the season. They hold an outstanding nine ranked wins — the most recent one being a shutout of No. 6 Lander.
Valdosta State continues to rise up the rankings. This week they broke into the top five after moving up three spots — the biggest increase in the rankings. The Blazers split two top five matchups last week. They dropped a 4-3 nail biter to No. 1 Columbus State, but bounced back with a win over West Florida (prev. 4).
The largest drop in the rankings was Florida Southern. The Mocs moved down 12 spots to No. 24. The team dropped two matches in a row — one being a shutout by No. 3 Saint Leo.
Entering the rankings this week are No. 19 Auburn University Montgomery and No. 25 Embry-Riddle.
The Oracle ITA Division II Men’s Singles Rankings and Doubles Rankings were also released on Thursday.