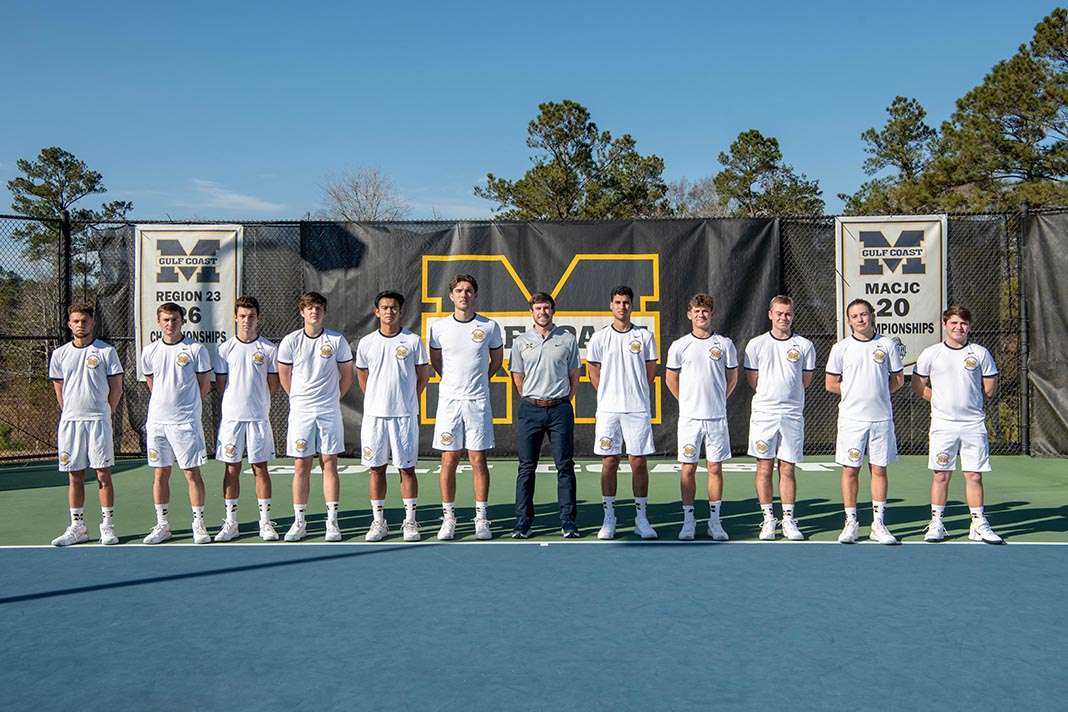 The UTR ITA Team of the Month honors were awarded to men’s and women’s programs from all five divisions in the month of April. The programs dominated their competition – recording ranked wins, securing conference titles, and making program history. Their success was reflected in the overall increase of their program’s Power 6.

The Oklahoma women’s tennis program slugged their way through the thick of Big 12 competition in April and came out with a 6-1 record. The Sooners’ lone loss in April came during the semifinals of the Big 12 tournament against eventual champion No. 3 Texas. Coach Cohen led her team to five wins over teams in the top 50 of the Oracle ITA Rankings. Their highest-ranked win during April – and under Coach Cohen –  was against No. 16 UCF in Norman. The Sooners handed the Knights a 4-1 loss — only the fourth loss on the season for UCF. In addition to their win over UCF, the Sooners strung together three shutouts — two of which were against in-state rival Oklahoma State.

The Kentucky Wildcats finished out the season with an impressive stretch of play. In April, the Wildcats faced six programs – all of which were ranked in the top 40 of the Oracle ITA Rankings – and came out 4-2. Their two losses came to No. 1 Florida and No. 8 Texas A&M – the latter being in the quarterfinals of the SEC tournament. The ‘Cats recorded two shutouts during April against No. 16 Mississippi State and No. 36 Arkansas. The win over the Hogs secured a perfect 15-0 record at home for Coach Kauffmann’s squad. Kentucky also defeated No. 10 South Carolina and No. 12 Ole Miss in Lexington. The victory over the Gamecocks marked the first top 10 win on the season for the program.

Coach Kigel and his Barry Bucs continued to roll past their opponents in April. The current No. 2 program in the nation racked up five more wins in April to bring their record to a perfect 10-0 on the season. The Bucs started the month off with a 6-1 win over No. 8 Saint Leo. The Lions were the only program to score a point against Barry within the past month. The following four matches were shutouts despite being against opponents ranked in the top 20 of the Oracle ITA Rankings. The Bucs beat No. 3 Nova Southeastern twice — the second time being in the finals of the Sunshine State Conference championship. The 2021 conference title was No. 12 for the Bucs pushing them in front of Lynn for the conference record.

The Azusa Pacific men put together a stellar run to the PacWest Championship match during April. The Cougars won seven straight matches during the month before dropping a down-to-the-wire 4-3 match against No. 12 Hawai’i Hilo in the championship. During the month leading up to the conference championship, Azusa defeated two ranked programs. They downed No. 10 Hawaii Pacific 4-1 in the last match of the regular season. In the semifinals of the PacWest tournament, Azusa defeated No. 14 Concordia Irvine to advance. The victory was the second win over CUI in the last month.

The Endicott Women’s program made the most of their April despite their limited schedule. The Gulls faced Curry College, Gordon College, and Wentworth and emerged with five wins. Coach D’Angelo’s crew did not drop a single match during April and only allowed their opponents one point. In their second meeting of the season, Gordon managed to put one point on the board before falling to Endicott 8-1. The other four dual matches were shutouts at the hands of the Gulls.

The Trinity Tigers are not afraid of any opponent. In April, Trinity went 5-1 with their only loss coming to Division I SMU. The Tigers were unable to get a point against the Mustangs, but did not let the defeat slow their momentum. Coach McMindes’ team bounced back by blanking Schreiner on their own courts. The Tigers then closed out April with a win over Colorado College. Trinity was up 3-0 before the match defaulted after doubles play. In the first half of April, Trinity strung together three wins over UT Dallas, St. Thomas (TX), and Southwestern. Trinity is 11-7 on the season, but all of their losses came against Division I opponents.

The women of Indiana Wesleyan powered their way through a stretch of ranked opponents in April and emerged 5-1. The Red Wolves dropped a 4-3 decision to No. 3 XULA for their one loss during the month. To open April, IWU added three top 15 wins to their resume — including a shutout of No. 7 Cardinal Stritch. Coach Shigley’s team blew past the Wolves winning all three of the singles matches in straight sets. The Red Wolves finished out regular season play strong and blanked both Lewis-Clark State College and Huntington University.

The Tennessee Wesleyan men’s tennis program went on a seven-match winning streak through the month of April culminating in winning the Appalachian Athletic Conference championship. During the stretch, the Bulldogs recorded five ranked wins. The highest being over No. 3 Reinhardt in the championship match. The victory over Reinhardt was not only the Bulldogs’ first AAC Tournament title, but also the highest-ranked win in program history. Coach Gallardo’s crew also recorded wins over No. 10 Union, No. 12 Point, and No. 15 Montreat.

The Hillsborough women’s program capped their April by winning the NJCAA Region 8 Championship. Despite their shortened season, the Lady Hawks saw great success. They were undefeated on the season with four wins coming during the month of April. The Hawks finished out the regular season by blanking Eastern Florida State College. They defeated St. Petersburg College in the championship match to clinch the Region 8 title. Hillsborough will look next to the NJCAA Division I tournament.

Mississippi Gulf Coast roared to its first NJCAA Region 23 title since 2013. The championship title capped off a seven-match winning streak for the Bulldogs that dated back to the last week of March. MGCCC opened up the month of April with two straight shutouts of Holmes Community College. Coach Blackburn’s team also posted wins over Itawamba Community College, Jones College, and Copiah-Lincoln Community College.