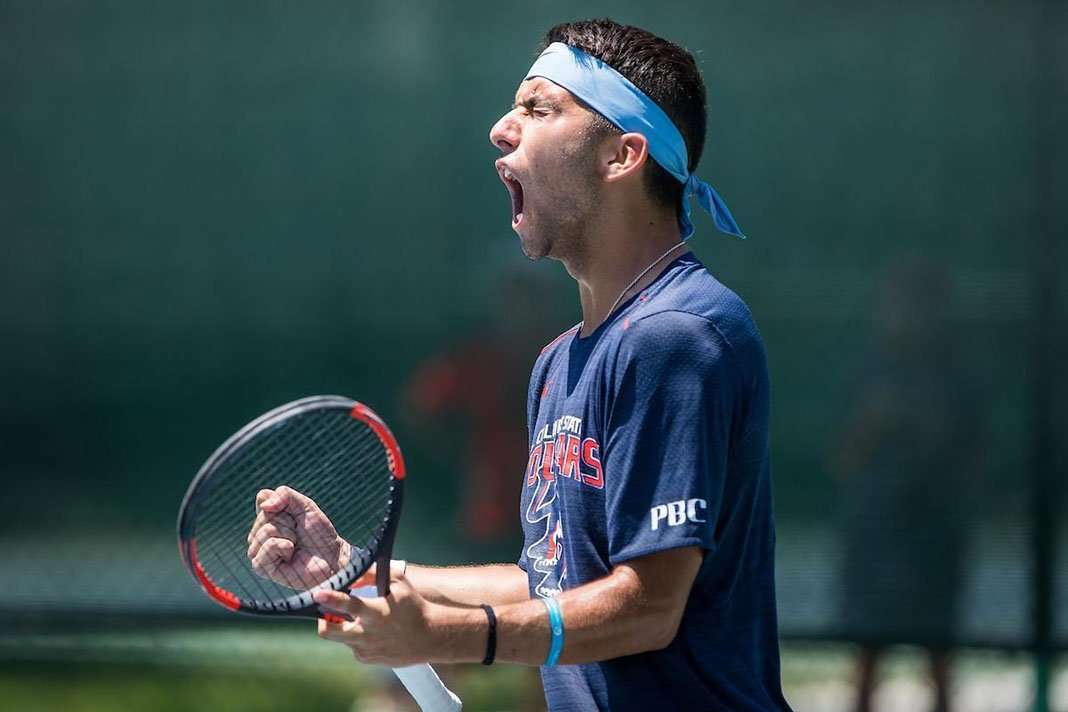 Share
Facebook
Twitter
WhatsApp
Linkedin
Email
For the first time this season, the Oracle ITA Division II Men’s Team Rankings expanded to include the top 50 teams in the nation. However, much like every other ranking this season, the No. 1 team in the nation remained the Columbus State Cougars. Likewise, Barry, Valdosta State, and Saint Leo all held steady at their respective spots.
Hawaii Hilo jumped into the top 10 after recording the second biggest increase. The Vulcans capped off a six match win streak with a win in the PacWest Conference Championship finals against Azusa Pacific (prev. No. 7). With the victory, Hawaii Hilo secured the No. 1 seed in the West Region for the NCAA DII Championship.
Southwest Baptist and Embry-Riddle tied for the largest increase. Each program moved up seven spots with the Bearcats coming in at No. 15 and the Eagles at No. 18.
The Oracle ITA Division II Men’s Singles Rankings and Doubles Rankings were also released Friday.

Top 50 National Teams
Coaches Poll administered by the ITA
May 6, 2021