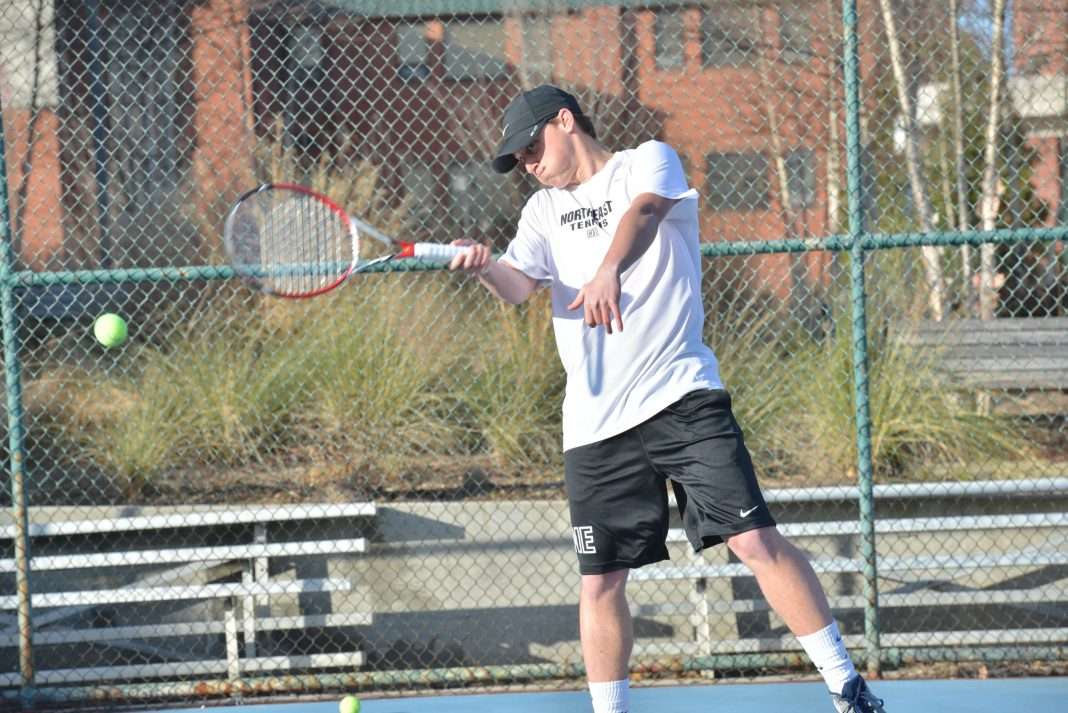 The Northeast Mississippi Community College athletic department is bringing back two of its longtime offerings that have produced several successful champions in the past.

Northeast is reinstating its men’s and women’s tennis programs following a four-year layoff. The Lady Tigers and Tigers will officially return to head-to-head competition during the upcoming 2021-22 academic year.

“We’re excited about moving forward with tennis,” said Northeast president Dr. Ricky Ford. “This fall we will have tennis players here on campus that will be signed on scholarship. We’re looking forward to getting these programs up and going.”

The Lady Tigers and Tigers will compete inside the Mississippi Association of Community Colleges Conference (MACCC) and be classified as a Division I affiliate of the National Junior College Athletic Association (NJCAA).

Northeast will contend for berths to the national tournament in the NJCAA’s Region 23, which is currently made up of nine other MACCC members. Only Holmes Community College and Itawamba Community College sponsor tennis in the northern half of the Magnolia State.

Northeast last fielded its tennis teams during the 2016-17 school year. The sport has evolved from one co-ed program when it was originally added in 1974 to two separate entities beginning in the 1980s.

The Tigers were sensational over their first two years. Alan Holditch and Beebe McQuiston captured individual state championships while Sherill Mauney was a finalist during Northeast’s inaugural campaign.

Northeast won a team state title one season later in 1975 under coach Ken Lindsey. Mauney led the way as the number one girls single winner while Pam South, Judy Rutherford, Lynn Tune and McQuiston were all runners-up in their respective categories.

Two more future Northeast Sports Hall of Fame coaches directed the Tigers from 1980-96 in Emma Braddock and Millard Lothenore. Braddock’s 1982 teams combined for a 34-17 record, including 20 wins for the men’s squad.

Northeast’s Aaron Parsons and John Tate earned a doubles state championship that season. Kathy Arnold and Lisa Mills pulled the same trick for the Lady Tigers one year later on the way to the national tournament in Florida.

Arnold may be the most decorated player in school history. She added a second doubles title plus a singles championship as the top seed in the entire conference tournament as a sophomore in 1984.

Melissa Tyre also secured a singles state crown that year. Lisa Aldridge and Lori Curry were dominant in 1985 with state championships in doubles and runner-up finishes in their singles flights.

Ricky Gillentine led the Tigers to a north half title during his lone campaign as headman in 1986. Maury Briggs was the top singles seed and partnered with Kevin Cooley to be the number one doubles tandem at the state tournament.

The men’s club continued their good fortune under Lothenore. Northeast pieced together an overall mark of 21-6 from 1995-96 while Chris Austin and Brandon Hankins obtained a state championship in the number two doubles draw.

Jodi Dansereau and Kathi Merwin registered a doubles record of 23-3 during their two years with the Lady Tigers. The duo wrapped up the 1993 state title with a thrilling 3-6, 6-3, 6-4 triumph over Itawamba to punch their ticket to the national tournament in Texas.

Jeff Clay had several bright moments during his tenure as head coach. Keith Stegall reached the state title match in the number three singles flight in 2001 to pace a Northeast team that finished 8-4 during the regular season.

The 1997 edition of the Tigers compiled a stellar 13-1 record, including a perfect 5-0 ledger in the MACCC North Division. The combination of Jason Freeman, Austin and Hankins jointly held a 75-6 mark in singles action throughout their careers.

Northeast made its most recent appearance at the NJCAA National Tournament in 2008 at the Division III level. The Tigers produced an eighth place result in Plano, Texas, with 11 total points.

The tennis programs at Northeast have always focused on achievements in the classroom as well with multiple academic awards from both the NJCAA and the Intercollegiate Tennis Association (ITA).