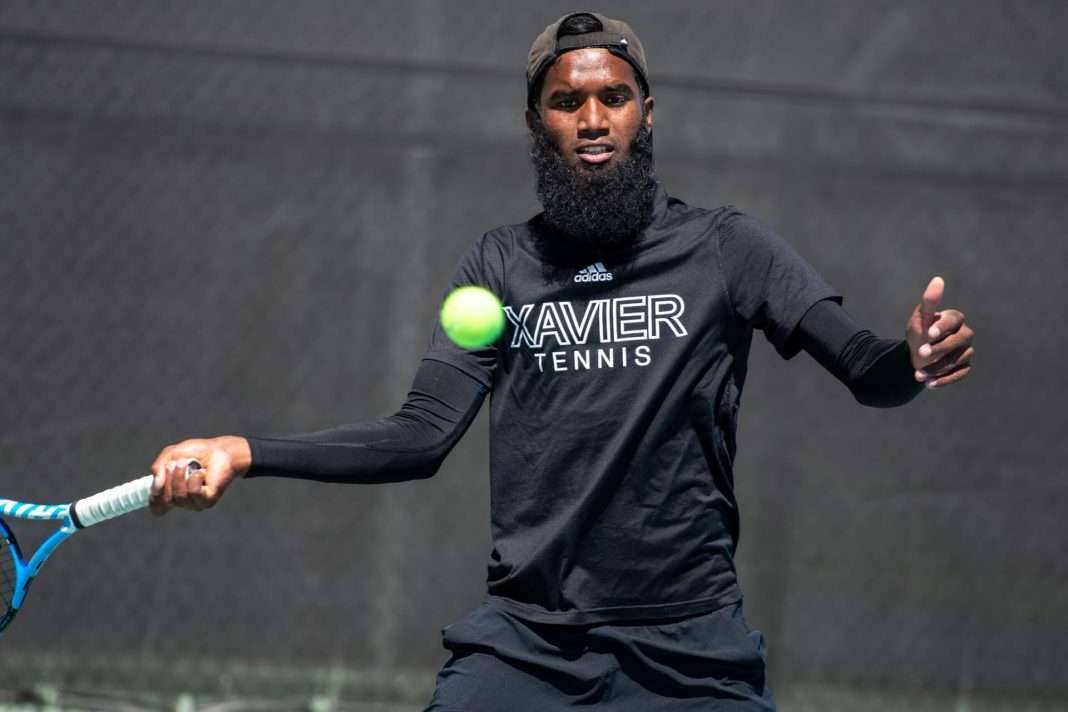 Coach Hodges has led the men’s team to a 143 match win streak which is unprecedented. This is the greatest winning streak in the HISTORY of college athletics. The men’s team has been ranked No. 1 all season and is undefeated. The Grizz men’s program continues to set the bar for the NAIA due to the leadership of Coach Hodges.

Sanders Phelps has been with NAIA powerhouse XULA for two years and in that time he has become an integral part of the program. Phelps helped lead the Gold Rush to a national final ranking of No. 9. His work with the student-athletes during practice and matches helped three XULA student-athletes garner ITA All-American status.

Shingi has been an exemplary leader on and off the court, excelling throughout his 4 years playing career with an accumulative GPA of 3.4 while doing the all-time-consuming nursing program. In addition to his responsibility in the classroom, Shingi serves as the president of the Multicultural Club and the Student Nursing Organization. He is set to take up employment at Salina Regional Health Center as an ICU registered nurse. As a student during the summers, Shingi would often go back to his home state of Texas to teach tennis and currently has a growing number of 28 kids attending his summer camps. While helping create the Black History Month events across campus this past February, Shingi stood as the voice for many, highlighting the plight of many African Americans in today’s volatile political climate. Shingi embodies the spirit of Arthur Ashe – a true servant leader who practices acts of selflessness for the greater good in hopes of a global, inclusive and transformative society.

In his first year with the William Carey Crusaders, Leo Bresson became one of the best players in the NAIA. One of Bresson’s most notable singles victories this season came against Georgia Gwinnett’s No. 1 guy Haim. Bresson rallied after dropping the first set to take the match. Bresson ranked as high as No. 2 in the nation in singles and finished the season ranked No. 10. As a result, Bresson garnered ITA Singles All-American honors.

Shaikh Abdullah at the beginning of the spring semester got married. This change in his life has been the best thing to ever happen to him. He has carried himself like a grown man, a very responsible person, and his play on the court and his work off the court has been reflective of this additional responsibility he carries as a husband. This is the first time I’ve ever had a player get married while on my team, but he’s handled it great. He has played exactly as I would want all my players to play. Shaikh has excelled in regards to mental toughness on the court, fighting for every point and experiencing every moment like it’s his last. I do not recommend players getting married while in college, but this has been a great addition to Shaikh’s life.

In his senior season with the Middle Georgia State Knights, Yuri Syromolotov led his teammates to the quarterfinals of the NAIA national championship. Syromolotov was a steady force for the Knights at No. 1 singles. He went 10-1 on the season and finished ranked No. 6 in the nation. He recorded wins against the No. 2, 8, 11, & 18 ranked players in the nation. All together his senior season qualified him for ITA Singles All-American honors. In addition to his All-American status, Syromolotov was honored twice as the Southern States Conference Player of the Week.