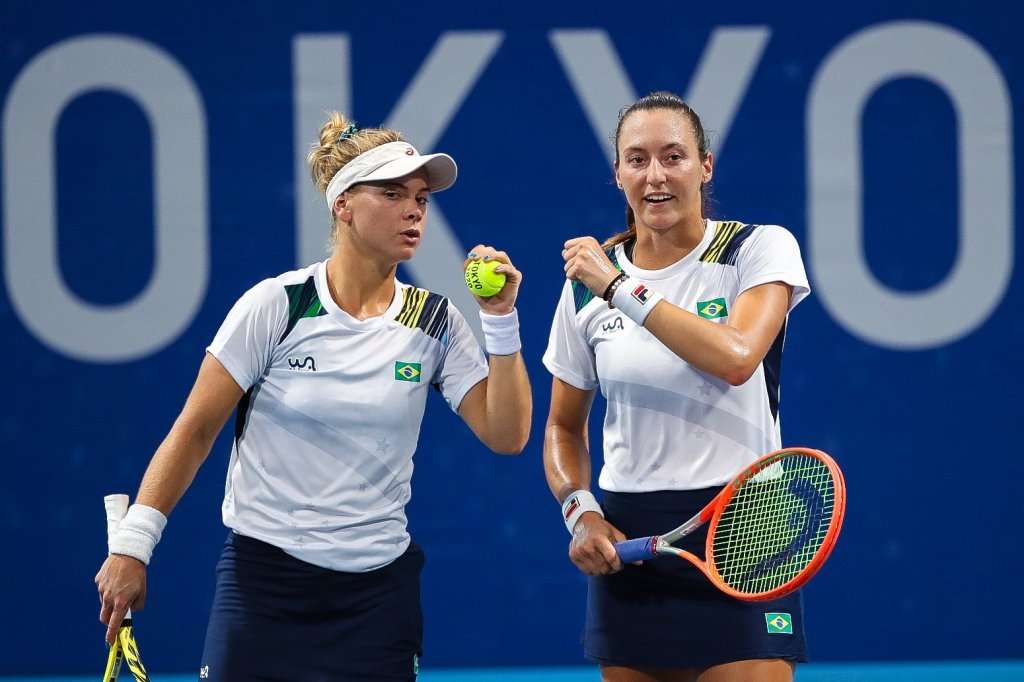 On Saturday afternoon, Luisa Stefani of Brazil will attempt to make history as only the second former collegiate woman to medal in the women’s tennis doubles Olympic event.

Stefani would follow in the footsteps of college tennis great and former Clemson Tiger Gigi Fernandez. Fernandez claimed back-to-back Gold medals in the 1992 and 1996 Games alongside partner Mary Joe Fernandez.

Alongside partner Laura Pigossi, Stefani will face Veronika Kudermetova and Elena Vesnina representing the ROC on Saturday at 3 pm JST / 2 am EST. A win on Saturday would break a five-Olympics-long medal drought for former women’s tennis collegiate athletes. Additionally, it would be Brazil’s first Olympic medal in tennis — regardless of gender.

Before going pro, Stefani spent three years in Malibu with the Pepperdine Waves. In her first year playing for Pepperdine, she reached the Round of 16 in the NCAA Doubles Championship and finished the season with a career-high ITA Doubles Ranking of No. 8 in the nation. The next two years Stefani built off of her breakout first year. She ended her time as a Wave ranked first in the record books for career winning percentage, a three-time ITA Singles All-American, and a two-time West Coast Conference Player of the Year.

In the Tokyo 2020 Games, Stefani and Pigossi defeated teams from three different countries – Canada, Czech Republic, and the United States – to reach the semifinals. The duo fell in straight sets to Switzerland’s Bencic and Golubic.

The medal match will be the second time this year that Stefani has faced Kudermetova in doubles. Previously, the two matched up in Abu Dhabi in January. Stefani won that match alongside partner Carter. On Saturday, Kudermetova will have the experience of partner Vesnina to lean on. Vesnina is a four-time Olympian and won the Gold medal in women’s doubles at the Rio 2016 Games.