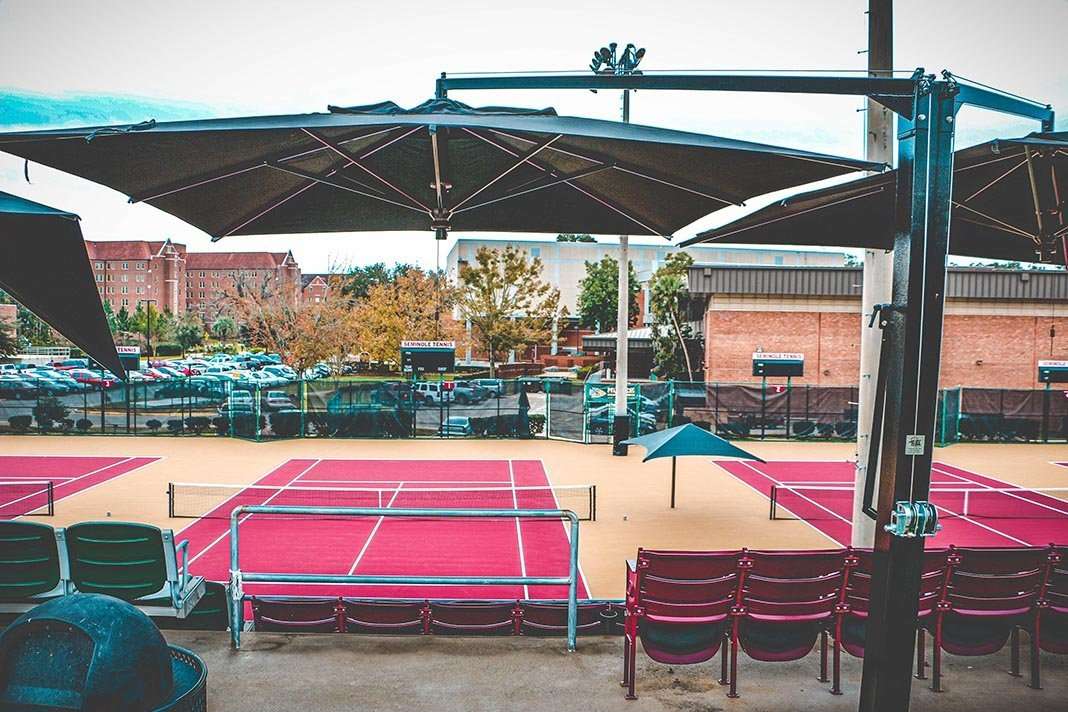 The 2021 ITA National Summer Championships by Universal Tennis kicks off today at the Scott Speicher Memorial Tennis Center on the Florida State University campus. Today’s action will feature the singles qualifying rounds, while main draw action will start on Saturday. Eight players from each gender will advance to the main draw.

Unlike the 2020 ITA National Summer Championships, this year’s tournament will return to tradition and include both singles and doubles play. The singles draws will feature 64 women and 64 men players, while the doubles draws will be a 32-draw.

With competition starting today, we are taking a deeper look at the players vying for the national title. While the National Summer Championships is open to all players – top juniors, collegiate, and professional – the 2021 event is peppered with collegiate players. Only 18 of the 71 men and 17 of the 72 women competing do not currently play for a collegiate program. In fact, all of the top eight seeds currently play college tennis.

Check out the top men’s and women’s seeds below!

The top seed and one of two seeded Seminoles – Petra Hule will compete at the National Summer Championships in search of her first national title. After four seasons with the Seminoles, Hule currently stands in 10th place for all-time career wins. She ended last season on a high with a three-set victory over Texas A&M’s Faa-hviding in the Round of 16 at the NCAA Championships.

After two years in Tallahassee, Victoria Allen is looking to win her first national title on her home turf. Allen is coming off a strong second-year campaign that saw her rack up 15 singles wins and end the season on a 9 match win streak. Her final win of the year came in the NCAA Championships Round of 16 against Texas A&M’s Renee McBryde. Of note, Allen has faced top seed – and teammate – Hule twice in tournaments this summer and both times she came out on top.

In only her second season with Purdue, Csilla Fodor stepped up to be a commanding player at the No. 2 position for the Boilermakers. She went 13-4 on the season and ended on a 10-match unbeaten streak. Since the season ended, Fodor has kept in competition mode by competing at several ITA Tour: Summer Circuit events. At the Week Three Grace College event, Fodor powered through her opponents to take the crown.

Auburn’s Carolyn Ansari is back for a second-straight year at the ITA National Summer Championships. After falling in the opening round of the 2020 event to the No. 8 seed, Ansari is ready to compete again for the national title — and this time as the No. 4 seed. Ansari ended her second season with the Tigers at the No. 2 position. During the NCAA tournament, Ansari won both of her matches in straight sets, downing opponents from Florida State and Oklahoma State.

The Wolfpack has been a dominating force at the ITA National Summer Championships for the last two years and Jaeda Daniel is looking to continue that trend. Between the last two tournaments, three NC State players have reached the semifinals of the women’s singles draw with one, Anna Rogers in 2019, winning the title. Daniel has competed in limited tournaments this summer — all of which were Summer Circuit events. Daniel reached the semifinals in one event and swept the other.

Jayhawk senior Malkia Ngounoue is no stranger to the ITA National Summer Championships. She last competed in the event in 2019 in Fort Worth, Texas. There she reached the quarterfinals before falling to eventual champion Anna Rogers in a close three-set match. Since the spring season ended, Ngounoue has played various tournaments around the country to prepare for the fall. During one of the tournaments, Ngounoue matched up with No. 8 seed Xinyu Cai. The two engaged in a back-and-forth battle with Ngounoue coming out victorious after three sets.

It has been a quiet summer for North Florida senior Catherine Gulihur. After leading the Ospreys to a monumental season, the California native took a break from competition this summer. In the spring, Gulihur compiled a team-best singles record of 18-5, mainly at the No. 2 spot. Her reliability at the No. 2 position helped the Ospreys to the ASUN Championship and a NCAA Tournament appearance. Last season, North Florida reached the second round of the NCAA Championships for the first time in program history.

Wisconsin junior Xinyu Cai is a leader for the Badgers. She split time between the No. 1 and 2 spots for her team this past season and held her own against the tough Big 10 competition. During the summer, Cai has competed in two tournaments to keep her skills sharp. The National Summer Championships title would be the first national title for the junior.

After a successful freshman campaign at the No. 4 spot for the Gamecocks, Connor Thomson split time between the No. 2 and 3 slots this past season. Thomson ended his second year with South Carolina by competing in the NCAA Singles tournament. Aside from one PTT event in Atlanta, Thomson’s summer has been a break from competition. Heading into Tallahassee, Thomson will look to claim a national title for himself and kickstart the fall season.

After only a year of collegiate play, Jacob Bickersteth has seen success. The Michigan rising sophomore competed on the back half of the Wolverines’ lineup where he strung together a five-match win streak. After his freshman season, Bickersteth continued to chase improvement and filled his summer with tournaments – including three ITA Summer Circuit events. Bickersteth won two of three events. A familiar foe from the Circuit will join him in Tallahassee — Trice Pickens. The two split their two meetings during the Circuit with Pickens taking the last match.

After a successful freshman campaign for the Wildcats, Presley Thieneman will look for a strong showing at the National Summer Championships to launch him into the fall season. Thieneman was undefeated in singles for the ‘Cats and only dropped one set all season at the No. 6 position. The past two months Thieneman sharpened his skills on the Summer Circuit. He competed at three tournaments and won the Notre Dame tournament in Week Four.

In his third year playing for the Seminoles, Richard Thongoana was a solid competitor at the two and three lines for Florida State. During the 2021 season, Thongoana tied for the most conference singles wins. The Johannesburg native was also responsible for one of the four wins on the team over a nationally-ranked singles opponent.

South Carolina’s Jake Beasley is capping off his packed summer of competition with a run at the National Summer Championship title. After putting together a solid season for the Gamecocks on the back half of the lineup, Beasley continued to compete at various PTT events.

Georgia Tech’s Keshav Chopra heads to Tallahassee as the No. 7 seed. The redshirt sophomore will look to pick up his first national title as a Yellowjacket. Chopra has spent the summer preparing by competing at PTT events across the Southeast. Notably, Chopra and teammate Andres Martin received a wildcard into the Truist Atlanta Open, but were downed in their opening match.

Entering into the National Summer Championships as the No. 8 seed, Florida senior Lukas Greif is looking to continue his winning ways. After helping his team to a program-first NCAA title, Greif has spent the summer playing various ITF and Universal Tennis PTT events. Most recently, Greif faced No. 7 seed Keshav Chopra at the PTT Atlanta tournament. The Yellowjacket took the meeting in straight sets.