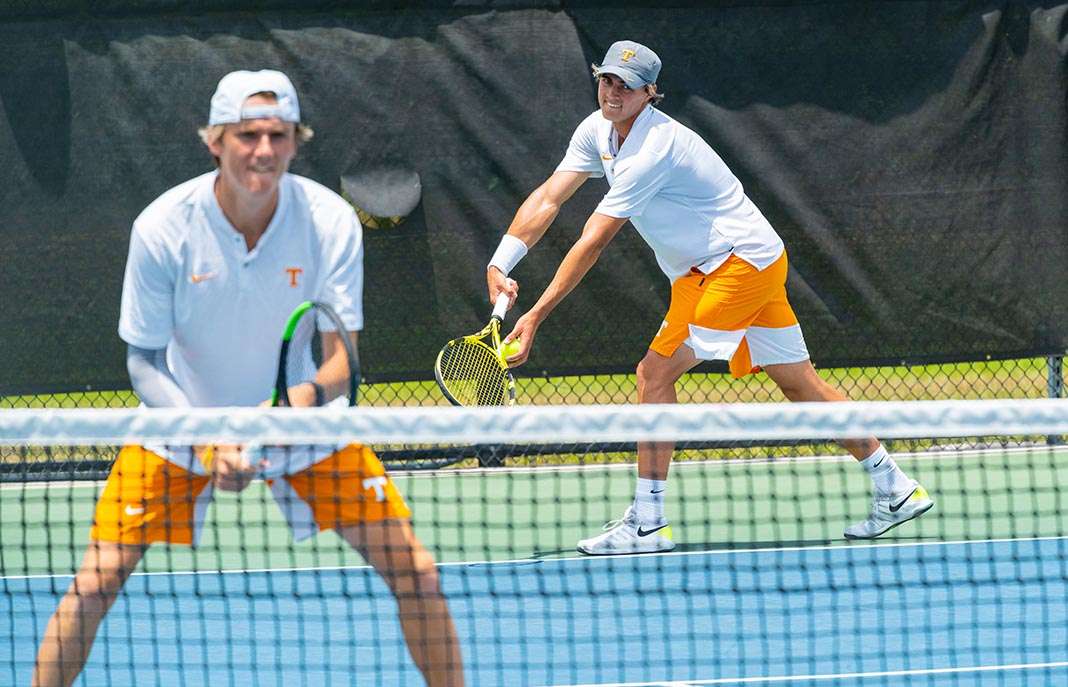 The ITA Division I Men’s Preseason Doubles Rankings have been released and defending NCAA champions Adam Walton and Pat Harper are on top. The duo finished last season on a 12-match win streak and the won 17 out of the last 18 sets they played. Their NCAA title was only the fourth overall individual national title in Tennessee program history.

Following closely behind at No. 2 are Eliot Spizzirri and Siem Woldeab of Texas. The Longhorn team finished the season ranked No. 7 in the country which was good enough to earn them ITA Doubles All-American honors. Together the two finished with a 17-11 doubles record. Recently, Spizzirri competed in the 2021 US Open Doubles main draw alongside Tyler Zink. The pair narrowly dropped the match to the three-seed.

Coming in at No. 3 are Bogdan Pavel and Trey Hilderbrand of UCF. The duo had a stellar 2021 season. They finished with a 10-2 record and were named ITA Doubles All-Americans — only the 6th and 7th All-Americans in program history.

The final two spots in the top five go to Daniel Rodrigues/Connor Thomson and David Stevenson/Oscar Cutting. The South Carolina team will start the Fall ranked No. 4. They posted a program-record 15 wins at the top of the lineup and finished ranked No. 11 — the highest final doubles ranking since the 1989 season. Stevenson and Cutting finished 10-7 on the year and No. 13 in the nation. They qualified for the NCAA Doubles Championship, but fell in the first round.