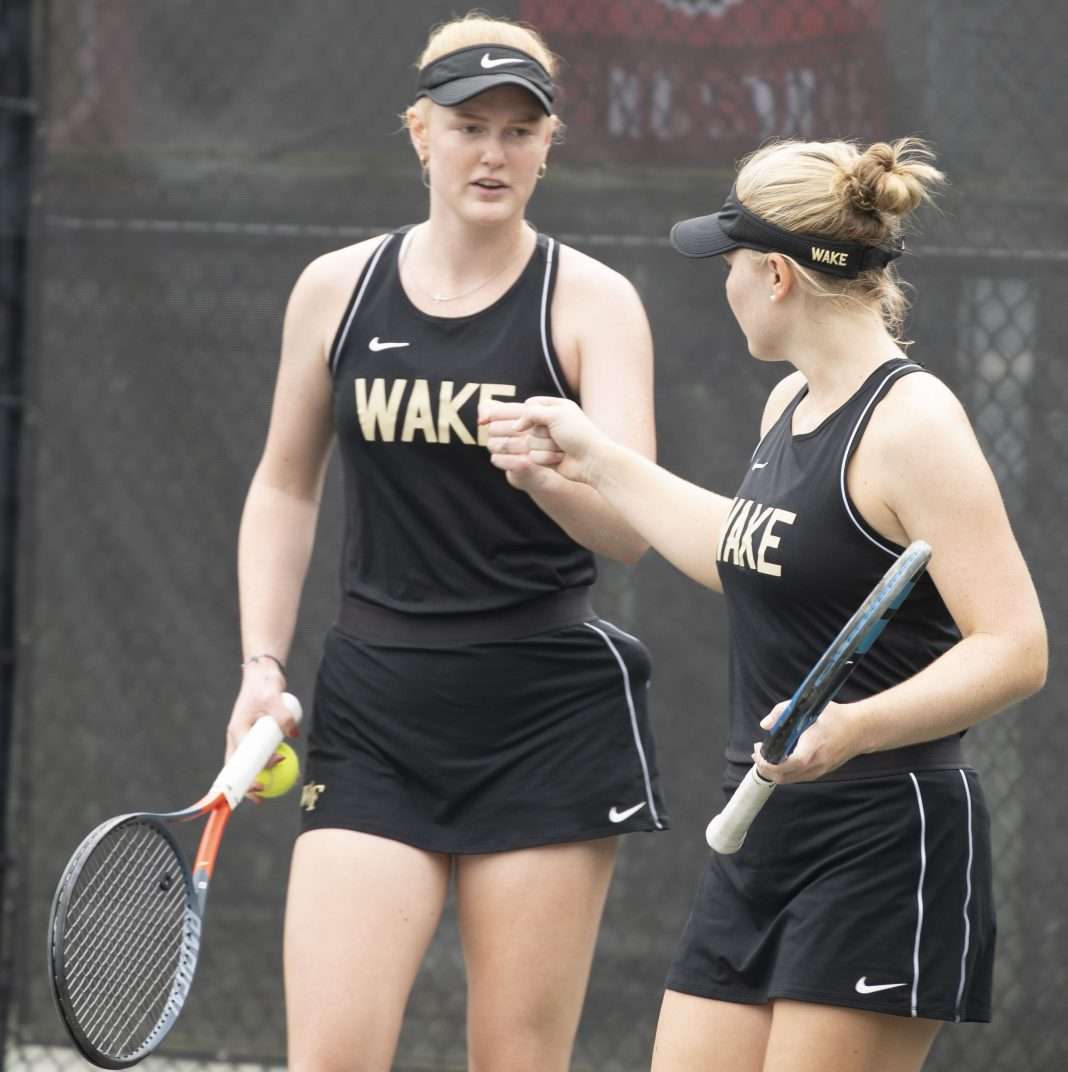 The stage is set for semifinal competition at the 2021 ITA Women’s All-American Championships by LTP.

For updates to the schedule and to view all of the draws, be sure to bookmark the ITA Women’s All-American Championships by LTP tournament page. Live scoring is available, courtesy of Tennis Ticker. You can follow along with the action here.

Facing Old Dominion in the semifinals will be the Pepperdine duo of Janice Tjen and Victoria Flores. The Waves outlasted Texas A&M’s Tatiana Makarova and Jayci Goldsmith, the No. 3 seed, 6-3, 4-6, 1-0 (8).

The other doubles semifinal will be an all-ACC affair.

Hamner is the first South Carolina player to reach the semifinals in main draw singles. The freshman battled past No. 4 seed Irina Cantos Siemers of Ohio State 6-2, 6-4 on Friday.

Also moving onto the semifinals is Iowa’s Alexa Noel. She was up 3-0 in the first set when Duke’s Georgia Drummy retired. Noel, the No. 8 seed, will face USC’s Eryn Cayetano. Cayetano, who defeated No. 2 seed Tjen in the Round of 16, bested Carolyn Campana of Wake Forest in the quarters 6-2, 6-4.

Ena Babic and Taylor Bridges of LSU won a pair of matches in consolation doubles on Friday, advancing into the final. Pepperdine’s Fukuda and Pachkaleva turned back Tennessee in the quarterfinals and will face Auburn’s Georgie Axon and Adeline Flach in the semifinals.