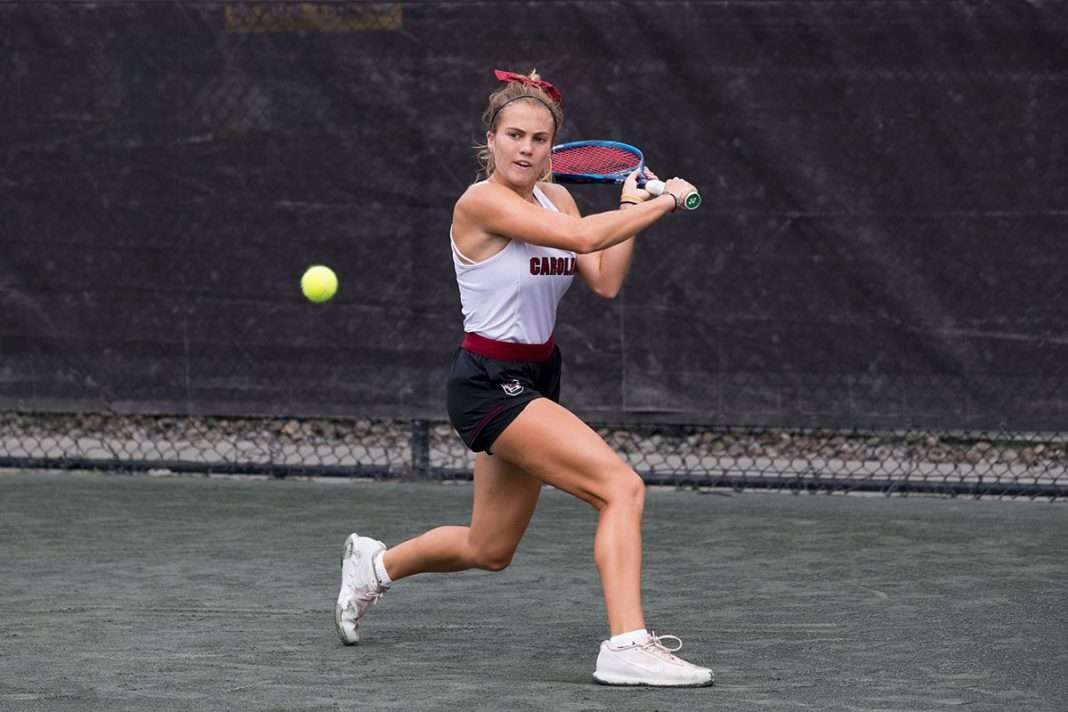 Prior to Hamner’s historic run, no Gamecock competitor had reached the quarterfinals of the main draw in singles.

Iowa’s Alexa Noel will look to make her own history on Sunday.

Noel, the No. 8 seed and No. 12-ranked player, confirmed her spot in the championship match with a 6-1, 1-6, 6-3 victory over USC’s Eryn Cayetano. She’ll look to earn the first individual ITA National Championship for the Hawkeyes program on Sunday.

Old Dominion’s Tatsiana Sasnouskaya and Yuliia Starodubtseva’s magical run through the doubles draw continued on Saturday. The pair clinched its spot in Sunday’s championship match with a 6-2, 6-3 win over Pepperdine’s Victoria Flores and Janice Tjen in the semifinals.

Ena Babic and Taylor Bridges of LSU won a pair of matches in consolation doubles on Friday, advancing into the final. Pepperdine’s Fukuda and Pachkaleva turned back Tennessee in the quarterfinals and will face Auburn’s Georgie Axon and Adeline Flach in the semifinals.

For updates to the schedule and to view all of the draws, visit the ITA Women’s All-American Championships by LTP tournament page. Live scoring is available, courtesy of Tennis Ticker. You can follow along with the action here.