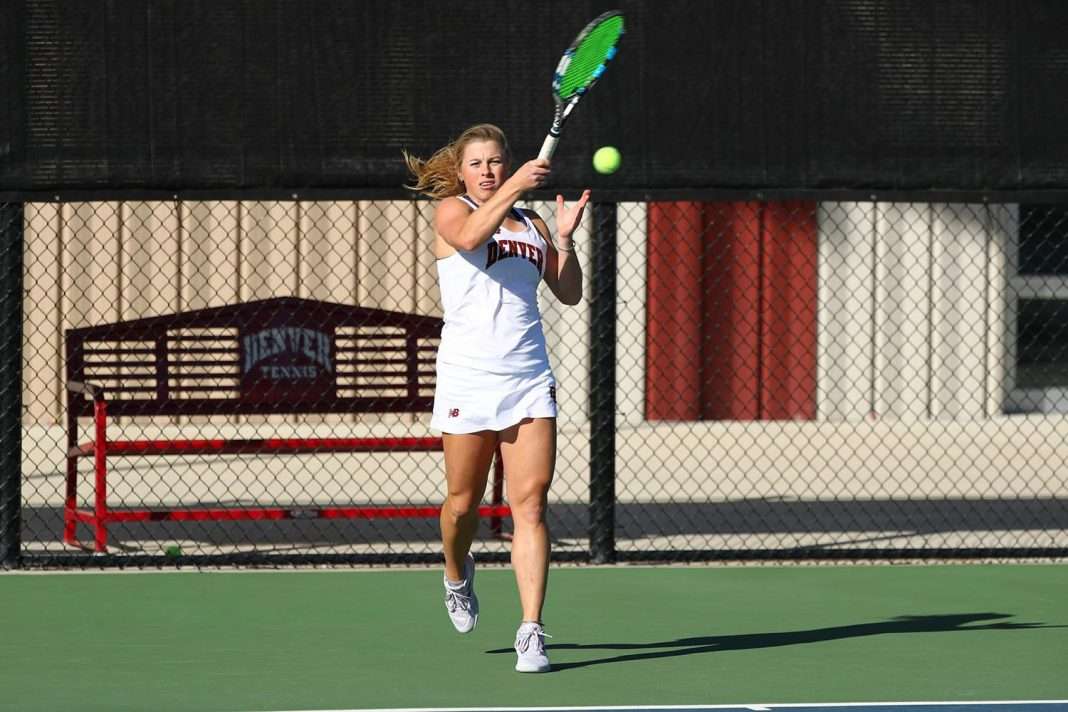 The hunt for a spot in the 2021 ITA National Fall Championships is well underway as Division I athletes competed in regional championships to secure a shot at the national title.

Here’s some highlights from the first week of regional tournaments.

Stanford made its presence felt at the Northwest Regional as Aryan Chaudhary claimed the singles title for the Cardinal, and then later teamed up with Tomas Kopczynski to win the doubles title. Chaudhary’s path to the finals was shaky at times, with back-to-back tiebreaker victories in the quarterfinals and semifinals. However, the Cardinal sophomore made quick work of his finals opponent, defeating Santa Clara’s Guillaume Dalmasso in straight sets, 6-4, 6-4.

Juan Carlos Aguilar of TCU emerged victorious from a stacked singles draw in the Texas Regional hosted by Texas A&M. Aguilar, a former member of the Texas A&M tennis squad, made the most of his return to College Station as he bested Baylor’s Sven Lah in the final with a convincing win, posting a 6-1, 6-3 final score. Aguilar is the first Horned Frog to win a singles regional championship since 2015. The Horned Frog’s also claimed the doubles title.

Top Seeds’ Turn it up to Eleven

Entering the Northeast Regional as the No. 1 seed, Alafia Ayeni of Cornell didn’t look back as the senior tore it up to claim the singles crown. Interestingly, Ayeni fell behind early in three matches, including the finals, before storming back to win. The finals matchup against Max Westphal of Columbia was a long fought three-hour battle, where Ayeni eventually came out on top, 6-7, 7-6, 6-3.

Denver Wins By a Mile

The Mountain Regional singles title was claimed by the University of Denver’s Anna Riedmiller, who won in a straight-set victory over UNLV’s Molly Helgesson. The Pioneer graduate transfer won in convincing fashion, 6-2, 6-1.

Athletes from the University of Princeton swept the singles and doubles events of the Northeast Super Regionals as junior Daria Frayman defeated her Tiger teammate freshman Victoria Hu 7-6, 6-0 in an all-Princeton final. Frayman then joined junior Grace Joyce to run the table, claiming the doubles title as well.

The Southern Regional was an all-Ole Miss affair, as the Rebels claimed the men’s and women’s singles titles. Nikola Slavic of Ole Miss won his singles draw as the No. 3 seed. Slavic faced off against hometown opponent Tad Mclean of Auburn in the Southern Regional championship match, where he bested Mclean by a score of 6-2, 4-6, 6-4. The singles title win by Slavic is the first by a Rebel since 2012.

Tiphanie Fiquet won her draw as the No. 4 seed, where she defeated LSU’s Safiya Carrington, 6-2, 7-5 to claim the singles crown, completing the singles sweep for Ole Miss.

Mell Reasco of the University of Georgia made an impressive run at the Southeast Regional, as the freshman played well above her No. 16 seed to claim the singles title. Reasco’s upset victory (6-1, 7-5) over Petra Hule of Florida State marked her first ever collegiate tournament title.