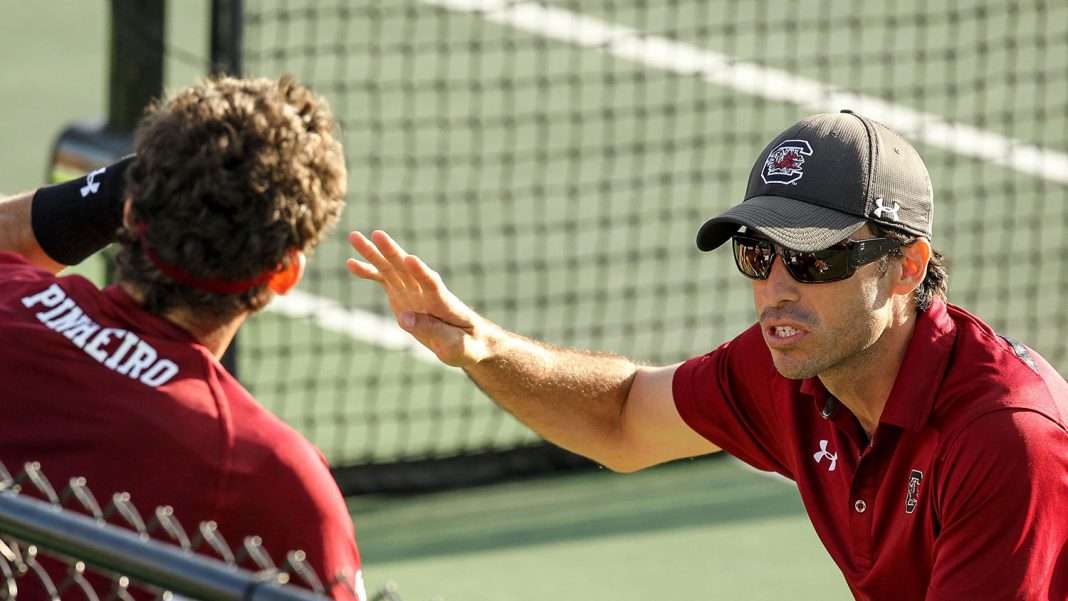 Josh Goffi has been the head men’s coach at the University of South Carolina since 2010. He also served as an assistant coach for the men’s team at Duke from 2008-2010 and for the women’s team at Arizona State from 2006-2008.

He was a successful player at Clemson and reached a career high ATP doubles ranking of 121 and a singles ranking of 488. In this podcast we discuss his father’s influence on his coaching philosophy and gather his thoughts on recruiting, player development and intentionally managing your culture.

In this podcast we discuss many different matters, including what role college coaches play in the advancement of You can also find some additional tips from Josh about Player Development in Chapter 9 of the Coach Masterclass.