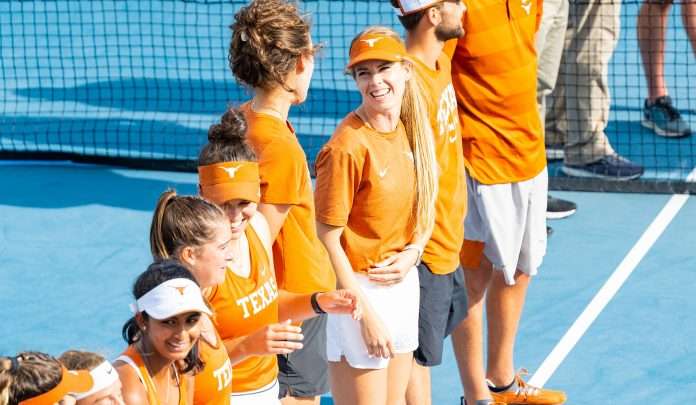 With no changes to the Top 10, and minimal movement among the Top 25, the ITA Collegiate Tennis Division I Women’s Top 25 Coaches Poll for January 19 looks very similar to the preseason poll released on January 5.

Big matchups are on the horizon that should provide more fluctuations in the rankings. Second-ranked Pepperdine hosts No. 9 California on January 22, in what will be an early season test for both teams.

On the same day the Waves and Golden Bears collide, No. 3 North Carolina hosts No. 4 Georgia in a big ACC-SEC showdown. The Tar Heels will be looking to extend their program-record 51-match home winning streak.

Duke, ranked No. 6, welcomes a pair of tough opponents to Durham, North Carolina. The Blue Devils take on No. 10 Ohio State on January 21, and No. 23 Princeton on January 23. The Buckeyes and Tigers will also be facing No. 8 NC State in Raleigh. Princeton takes on the Wolfpack on January 22, with the Ohio State match set for January 23.