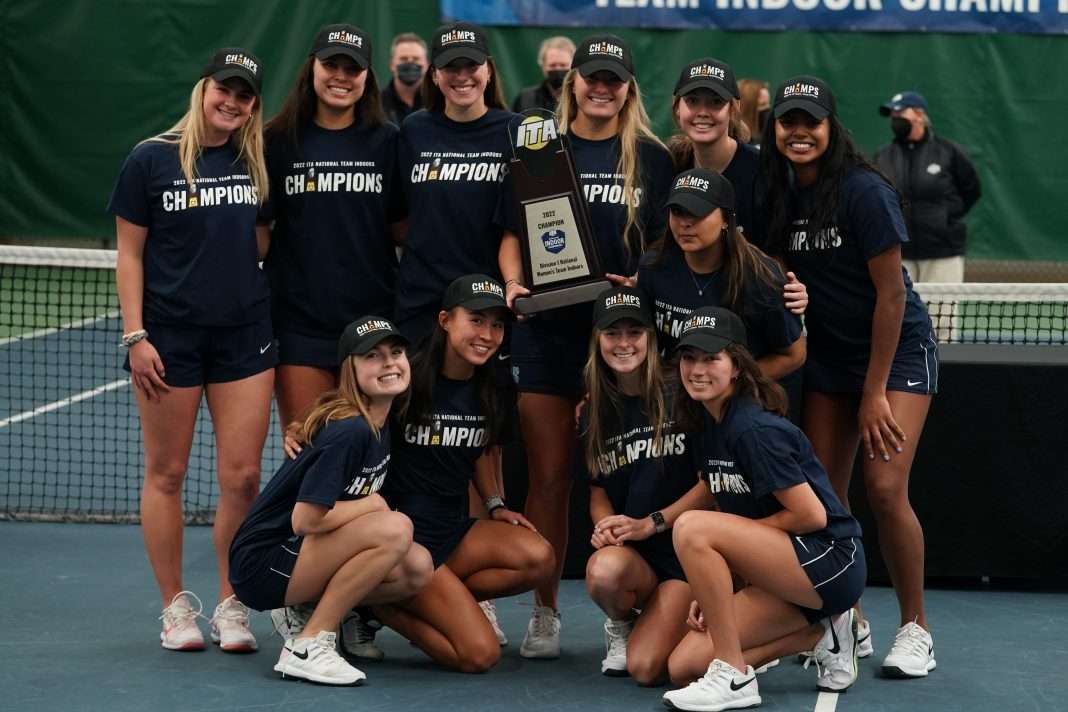 For the third consecutive season, the North Carolina Tar Heels (2) are the ITA Division I Women’s National Team Indoor Champions after taking down Oklahoma (8) 4-2 in this afternoon’s Championship match.

Falling behind early, the Tar Heels dropped the doubles point to Oklahoma and had some work to do in singles in order to take home the National Championship.

After dropping the first set on four courts, North Carolina picked up big wins from the No. 2 and No. 4 positions to give them a slight advantage with four more courts still in action.

Fighting back to win the second set on all four remaining courts, the Tar heels picked up another point from the No. 5 position before clinching the match from the No. 6 position to secure their third-straight ITA Indoor Championship.

For a complete list of all of the results from this year’s tournament head to the Tournament Central Homepage which can be found here.