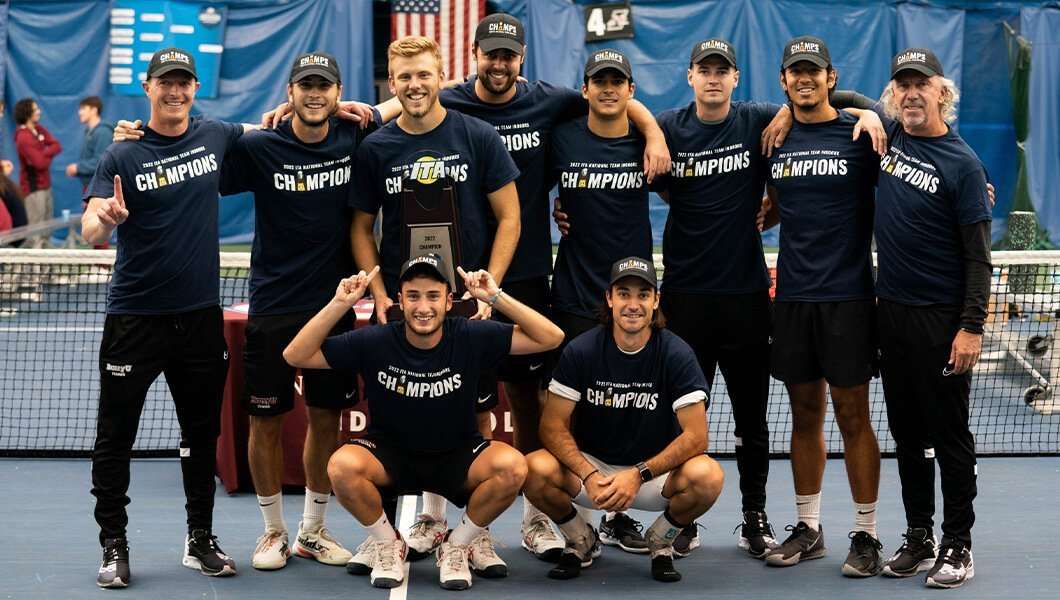 After three fierce days of competition, the Barry Buccaneers came out on top of the 2022 ITA Division II Men’s National Team Indoor Championship taking down Columbus State 4-3 in the Championship match.

Jumping out to a fast start in doubles play, the Bucs picked up convincing wins on courts No. 2 and No. 3 to give them the much needed upper-hand heading into singles play.

In singles play, both Barry and Columbus State traded blows on all six courts with the tide of the match being up in flux as both teams secured three first set victories to add to the pressure of the moment.

With the match now all tied at three, eyes now turned to the No. 6 position where Barry was ultimately able to secure the match and the National Championship.

The win not only marks the first time a team other than Columbus State has won at this event, but is also the first loss the Cougars have endured at a National Indoor Championship event.