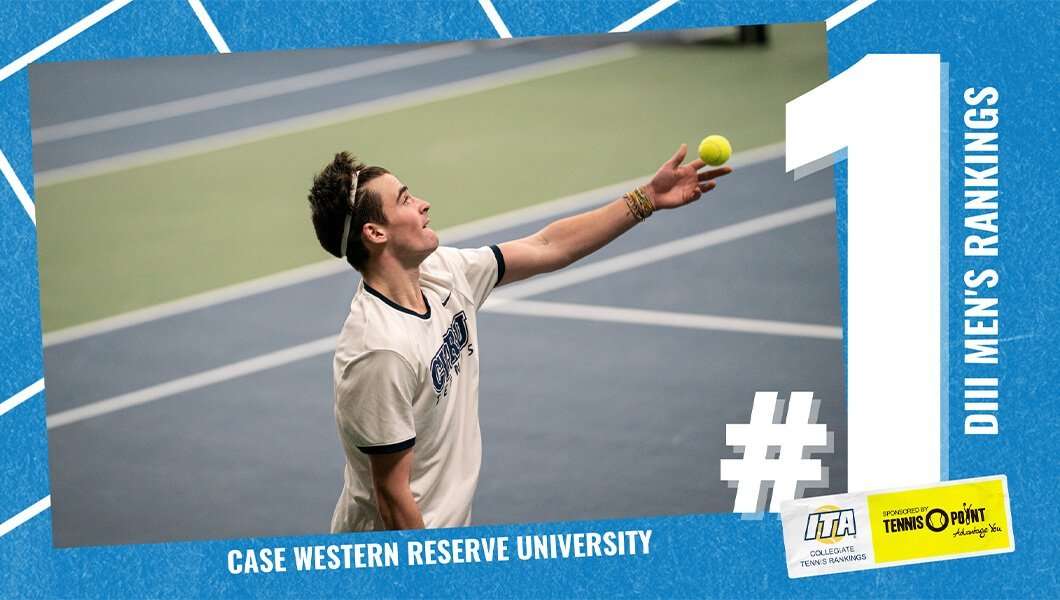 After their impressive run at the 2022 Division III Men’s National Team Indoor Championship, Case Western Reserve has been able to sustain their high level of play in the weeks to follow as they remain in the top spot of the Division III ITA Collegiate Tennis Rankings sponsored by Tennis-Point for March 24.

Now 12-2 on the season, the Spartans have yet to lose a match against fellow Division III opponents and have pieced together an impressive resume to this point of the season.

After not being in the Top 40 the last time Team Rankings were released on Mar. 10, Bowdoin College now sees a sharp spike in their ranking moving all the way into the Top Ten after starting the year 6-1 overall.

Middlebury is another newcomer to the Top Ten this week as the Panthers have started the season 5-2 with wins over Pacific University (previous No. 24) and Pomona-Pitzer (previous No. 19) on their resume.

Updated Regional Rankings, as well as Singles and Doubles Rankings, are set to be released tomorrow, Mar. 25.