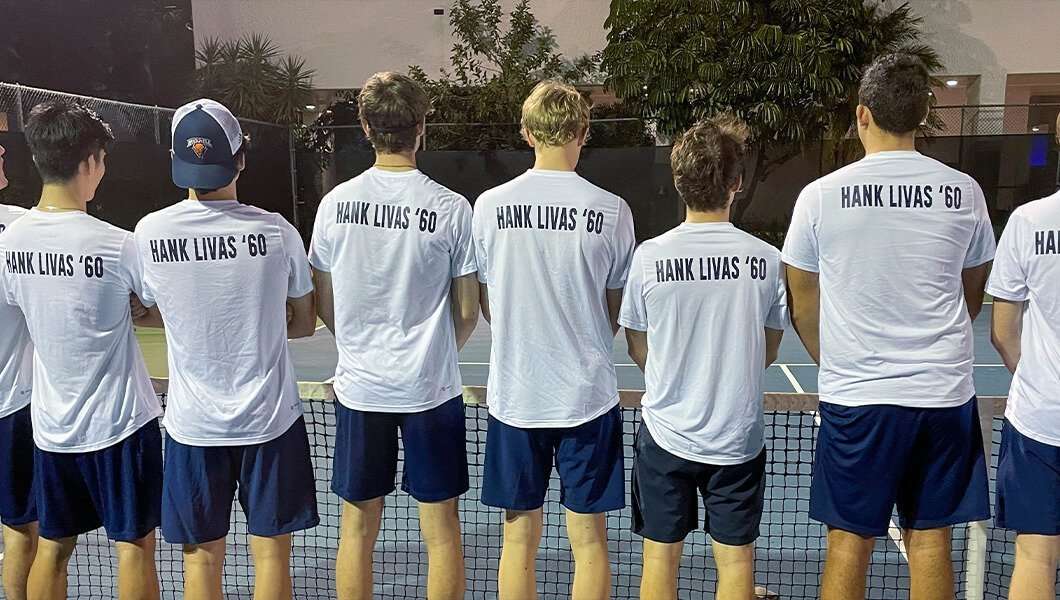 As the Bucknell men’s tennis team heads to Annapolis for the Patriot League Tournament this week, the Bison will be competing in the memory of Henry “Hank” Livas ’60. Hank is believed to be the first Black varsity athlete at Bucknell in any sport, and after he passed away in February at the age of 82, head coach Bruce Myers and the Bison squad dedicated their season in his honor.

Hank was born in Pine Bluff, Arkansas before moving as a child to Hampton, Virginia, where he attended the George P. Phenix School. During his scholastic days, Hank developed into quite the junior tennis player, and he was ranked as the state’s No. 1 Black teenager during an era of racial segregation. He was coached by the renowned Dr. Robert Walter “Whirlwind” Johnson, who was responsible for mentoring numerous young African-American tennis players, most notably the legendary Arthur Ashe and Althea Gibson.

Hank recalled having a 5-2 record against Ashe, but he was quick to note that he won those matches at the age of 16, when Ashe was only 11. As a high schooler, Hank won Virginia Interscholastic Association championships in both singles and doubles, and he also captured American Tennis Association titles in doubles and mixed doubles.

Hank came to Bucknell in the fall of 1956 and earned his B.S. degree in civil engineering. Freshmen were not eligible in those days, but Hank was a regular in the Bucknell tennis lineup under coach Hank Peters beginning in his sophomore year. He frequently played in the No. 1 doubles spot and typically in the No. 3 or 4 position in singles throughout his college career.

Following graduation, Hank served as a 2nd Lt. in the U.S. Army Artillery and went on to a distinguished 35-year career as a NASA engineer. He spent eight years on the Virginia Beach Planning Commission, and he was appointed by the governor of Virginia to serve on the Virginia Minority Women Business Enterprise Advisory Committee. Hank won numerous honors and awards in his home state, and he also continued to play competitive tennis, winning a number of local tournaments. He was inducted into the Hampton Roads African American Sports Hall of Fame in 2009.

During the 2022 tennis season, Coach Myers learned of Hank’s legacy through conversations with his former teammate Alan Reubel and other alumni. Unfortunately in his final days, Hank was in hospice care while suffering from Alzheimer’s, but the team put together a video salute to him, and after he passed he was buried with a tennis racquet and a Bucknell tennis ball.

“I discussed with the captains the idea of dedicating the season to Hank Livas, and they thought it would be very appropriate on so many levels,” said Myers. “We created warm-up shirts with his name on them, and it was the perfect touch to have his daughters Nicole and Cosette attend our victory at Loyola this spring.”

“Hank Livas is undeniably a very influential alumnus of Bucknell Men’s Tennis,” said sophomore Tim Zelikovsky. “As the first-ever Black student-athlete at Bucknell University, he paved the path for so many other students and Black collegiate tennis players. Hank Livas inspires all of us, and we will continue to carry his legacy every time we step on the court.”

“Dedicating this season for Hank means everything to our team,” said junior Michael Owen. “Knowing the values Hank possessed and how these allowed him to break new ground and stand up to adversity is a source of inspiration for us all. Hank’s character and achievements remind us constantly to persevere through the difficult moments we may face both on and off the court. Our goal is to honor the legacy Hank left behind as a Bucknell tennis player, and to hold ourselves to the same high standards that he did throughout his life.”

“We are very committed to dedicating our season to Hank Livas,” said freshman Nicolas Grunig. “He is a great inspiration for all of us. His career on the tennis court for Bucknell and beyond in his life is impressive. He has overcome many obstacles, which gives us the motivation to strive for our best.”

The next opportunity for the Bison to don their “Livas” warm-up shirts will be when they take on Boston University in the Patriot League Tournament quarterfinals on Friday morning at the U.S. Naval Academy.