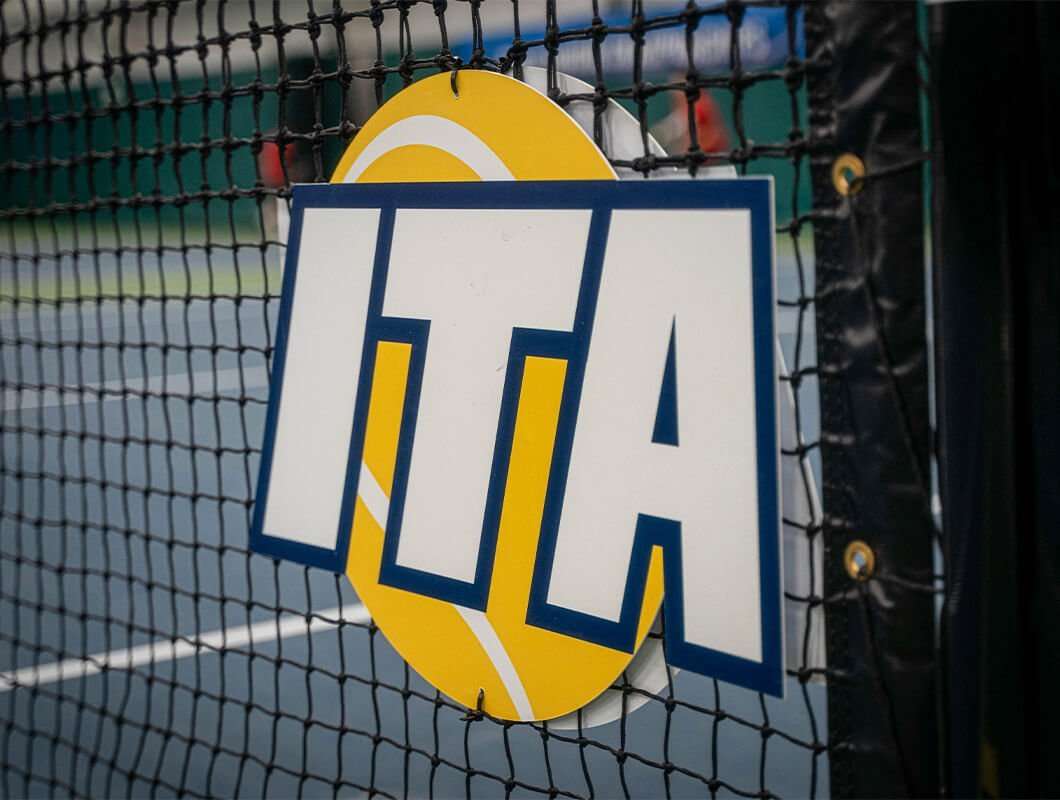 The Intercollegiate Tennis Association (“ITA”) is pleased to announce a diverse group of new and continuing members to its Board of Directors. All of these individuals have strong ties to the sport of collegiate tennis. Their new term of service will begin on July 1st of this year.

Joining the Board of Directors for the first time in 2022 are Clarisse Baca and Rodney Harmon, who each provide a wealth of tennis experience from their time as collegiate coaches and in other roles in the tennis eco-system and world of higher education. Both have been elected to serve a two-year term as they join the ITA Board of Directors Class of 2024.

Returning to the Board after several years away is Harold Edwards, who will join the Board’s Class of 2024. Edwards has also been elected to serve as the Treasurer of the Board of Directors for the next two years and will serve on the Executive Committee.

For the first time, as provided for in the ITA By-Laws, the ITA will also be appointing two Special Advisors to the Board of Directors. These two appointed individuals are Shabbi S. Khan and Dr. Mark Kovacs, who each bring a wealth of experience and knowledge to the ITA.

“The ITA Board of Directors continues to provide dedicated service, strategic oversight, fiscal support, and thoughtful insights and encouragement for our Association,” said Dr. Timothy Russell, ITA president and CEO. “Their individual and collective commitment provides not only a solid foundation for our sport but also the highest levels of fiduciary care and stewardship. Their service on the Board will enable the ITA to continue to advance college tennis within the context of a complex and ever changing landscape in the world of higher education and the arena of college athletics.”

The ITA Board of Directors was formed in 1979 to serve the needs of the coach membership and college tennis in its entirety. Comprising collegiate coaches, athletic directors, and prominent members in business and sport industries, the Board members will capitalize upon their balanced and well-rounded set of viewpoints to help ensure the long-term sustainability of college tennis.

Jon Vegosen, now in his seventh year as Chairman of the ITA Board, added his words of praise and gratitude to the entire ITA Board: “The ITA and the sport of college tennis are strong today. The members of the ITA Board are a great team working together on behalf of the 1250 colleges and universities, nearly 1800 programs, 3000 coaches, 20,000 student-athletes, and 1350 officials that comprise our Association. Side-by-side with the Special Advisors to the Board and the talented staff of the ITA, the Board will continue to work hard, smart, and creatively to elevate the sport we all love.”

Clarisse Baca, is the Academy of Art University Women’s tennis head coach and Business Professor at Santa Rosa Junior College. After arriving in 2018, Baca led the Urban Knights to their first NCAA national appearance, a national ranking as high as No. 6, three ITA All-Americans, and multiple ITA and Conference. awards. Before ART U, Baca was the acting head coach at her alma mater, Sacramento State, from 2016-2017. As a Hornet, Baca led Sacramento State women’s tennis to four straight Big Sky regular season and tournament championships as well as four berths in the NCAA Tournament. A top 30 nationally ranked team, she was undefeated in Big Sky dual play, contributing to the program’s 112-match unbeaten streak against Big Sky opponents. In 2020, Baca joined the All-Decade team by holding the all-time best doubles record and second ranking in most career singles wins. In 2019, she co-founded Latina Tennis Coach, which is an organization that recruits, educates and promotes Latinas in the sport. In addition, Baca is the ITA National Ranking and Awards Chair and sits on two national boards, Latina Professionals and SF Tennis Coalition.

Harold S. Edwards grew up playing tennis in Southern California at the Cabrillo Racquet Club with Wayne and Kathy Bryan (parents of the Bryan Brothers) and went on to play four years of tennis at Lewis & Clark College (Division 3) in Portland, Oregon. Harold has been President and Chief Executive Officer of the Limoneira Company (Nasdaq: LMNR) since November 2003 and a Director of Limoneira since 2009. Previously, he was the president of Puritan Medical Products, a division of Airgas, Inc. Prior to that, he held management positions with Fisher Scientific International, Cargill, The Ralston Purina Company, and Mission Produce. Harold is currently a member of the board of directors of Compass Diversified Holdings (NYSE: CODI). He is a graduate of Lewis & Clark College and the Thunderbird School of Global Management (Arizona State University) where he earned his MBA. Harold is married to Angela, and has three children, Sam 26 (played tennis for The University of Alabama and then Clemson University where he graduated), Sophia 23 (graduate of The University of South Carolina) and Blake 16 (sophomore at Villanova Preparatory School). Harold is a dedicated tennis fan and a committed supporter of junior and college tennis.

Rodney Harmon is a graduate of SMU and is completing his tenth year as the Head Women’s Coach at Georgia Tech. His Yellow Jacket teams have qualified for the NCAA Team Championships each year he has been in Atlanta with three appearances in the Round of 16 (2016, 2017 & 2021) and reached the semifinals in 2018. During his tenure, he has been named ACC Women’s Tennis Coach of the Year twice (2016, 2017). Rodney also has mentored six All – Americans and 17 All-ACC Selections. He was also named Wilson/ITA Southeast Region Coach of the Year in 2017. During his stint as the Head Men’s Coach at the University of Miami, Rodney was named Big East Coach of the Year (1996, 1997). He was inducted into the ITA Men’s Collegiate Tennis Hall of Fame in 2010. During his college career, Rodney was a three time All American. He was the NCAA Doubles Champion at Tennessee with Mel Purcell (1980). After transferring to SMU, he led SMU to the NCAA Team Championship Match in 1983. Rodney was the Head Coach/Team USA for the 2008 Beijing Olympic Games as well as the 1993 World University Games in Buffalo, New York. He worked for the USTA for seventeen years as a coach with his last position being the Director of Men’s Tennis for the High Performance Program. As a pro, Rodney’s greatest result was reaching the Singles Quarter Finals at the 1982 US Open. He also reached the 3rd Round of Wimbledon in 1983. His highest ATP Singles Ranking was #56.

Shabbi S. Khan is a partner and intellectual property lawyer with Foley & Lardner LLP. Mr. Khan focuses his practice on patent prosecution and strategic counseling in the fields of artificial intelligence and machine learning, computer software including cloud and SaaS based technologies, electrical and mechanical technologies, and medical devices. He counsels some of the world’s most innovative technology companies in protecting their intellectual property, guiding them in the strategic development and management of their patent portfolios. Shabbi earned his J.D. from the UIC John Marshall Law School with a certificate in intellectual property law and received his B.S. in Electrical engineering from Northwestern University. Shabbi played collegiate tennis at Valparaiso University during his last year of eligibility. Shabbi strongly believes that tennis has taught him invaluable life lessons of accountability, persistence, teamwork, and fair play, which have played a significant contribution in his personal and professional life. Shabbi is staunchly committed to mentorship and looks forward to helping the next generation of tennis players succeed both on and off the tennis court.

Dr. Mark Kovacs is a performance physiologist, researcher, sports executive, professor, author, speaker and coach. He is the CEO of the Kovacs Institute which is focused on optimizing human performance by the practical application of cutting edge science and technology to major professional sports teams and leagues, leading universities and start-up firms. Kovacs formerly directed the Sport Science, Strength & Conditioning and Coaching Education departments for the USTA; was the Senior Director of Sport Science & Health for the Cleveland Cavaliers (NBA); the Director of the Gatorade Sport Science Institute and an executive with PepsiCo. He serves as the Executive Director of the International Tennis Performance Association (the “iTPA”). He is a fellow of the American College of Sports Medicine and in 2012 he was the youngest ever recipient of the International Tennis Hall of Fame Educational Merit Award. In 2014, he received the US Olympic Committee Doc Counsilman Science Award for his innovative use of sport science application to Olympic athletes. Kovacs has worked with hundreds of elite athletes in dozens of sports providing high performance sport science services. Kovacs played tennis at Auburn University, where he was an All-American and NCAA doubles champion. He earned his PhD from the University of Alabama.

Mike Fried is a graduate of Brown University and just completed his 10th year as the Head Men’s and Women’s Coach at Wesleyan University. He has been named ITA National Coach of the Year for men’s tennis (2017), women’s tennis (2019), and the 2022 ITA Northeast Regional Coach of the Year. He led the women’s team to their first-ever NCAA title in 2019 (the first women’s NCAA championship in any sport at Wesleyan) and the 2022 Final Four and 2021 Final. Mike has guided 37 team members to All-America honors and coached Eudice Chong to 4 NCAA singles titles, the only player in NCAA history to accomplish that feat. In 2018, she was named the NESCAC Player of the Year, the ITA Player of the Year, and the Honda DIII Athlete of the Year. Mike has led the Cardinals women’s team to 3 consecutive NESCAC titles (2019, 2021, 2022) with a 53-4 record over that time, and his men’s team has reached the NCAA Elite Eight twice (2017, 2019). Mike has been named the NESCAC Coach of the Year for both the men’s team (2013) and women’s (2019, 2022), and both teams have been Academic All-America honorees in every year of his tenure. Before Wesleyan, Mike spent 10+ years in equity trading and finance in New York and Miami. He was a top nationally ranked junior player and a 4-year starter and 2-year Captain at Brown.

Craig Morris, Chief Executive at the United States Tennis Association (USTA), oversees all aspects of Community Tennis, including adult tennis, league tennis, youth tennis, USTA tournaments, and all other areas for growing grassroots participation in the sport. Morris is also responsible for integrating Player & Coach Development into Community Tennis as the USTA moves to a service-based organization that accelerates and expands tennis participation throughout the country. Since his arrival at the USTA in November 2015, Morris created the USTA’s first-ever unified youth tennis brand – Net Generation. Net Generation launched in May 2017 and engaged 500,000+ youth players in the sport. Active in the tennis industry for more than 20 years, his expertise spans a broad spectrum of tennis and business fields. He has served as the Director of Participation for Tennis Australia, overseeing all aspects of strategy and delivery for growing the game in Australia, and held various positions in Athlete Development and Coach Development. Between 2001 and 2004, Morris coached Samantha Stosur (2011 US Open Champion) on the WTA tour as part of the TA Optus Achievers program. During this period, Morris was Stosur’s first tour coach and transitioned her into the top 100. Previously, Morris held the position of Women’s tennis coach for the Australian Institute of Sport (AIS), traveling with Australia’s leading female junior athletes on the ITF junior tour. Morris has a Tennis Australia High-Performance coaching qualification, a Bachelor of Education, and a Masters of Sport Management.