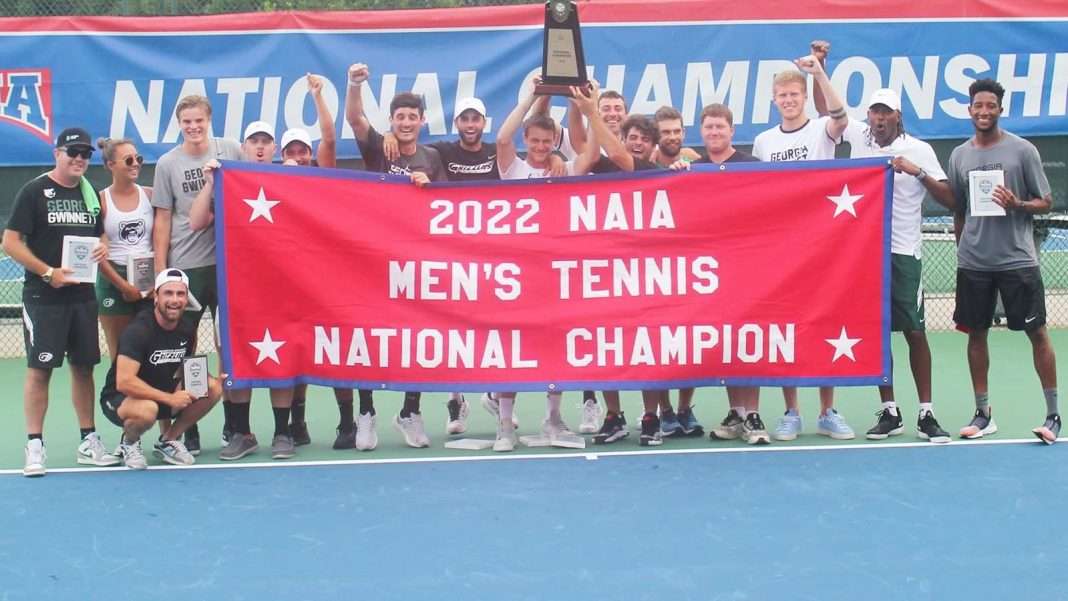 For the eighth consecutive season, the Georgia Gwinnett College Men’s Tennis team has been crowned the NAIA Men’s National Champions. Continuing their storied history of success, the Grizzlies have now won their past 168 straight matches including finishing a perfect 21-0 this season.

Taking down Keiser 4-1 in the National Championship match, the Grizzlies cruised to a doubles victory before earning singles victories from the No. 2, No. 3, & No. 5 positions to earn the victory.

For Keiser, the effort wasn’t lacking in the least bit as in singles Keiser picked up a victory on court No. 4 and were in solid positions to add additional points on courts No. 1 and No. 6.

In addition to the team title, sophomore Alex Gurmendi was named the tournament’s Most Outstanding Player and became Georgia Gwinnett’s eighth different player to earn this award.