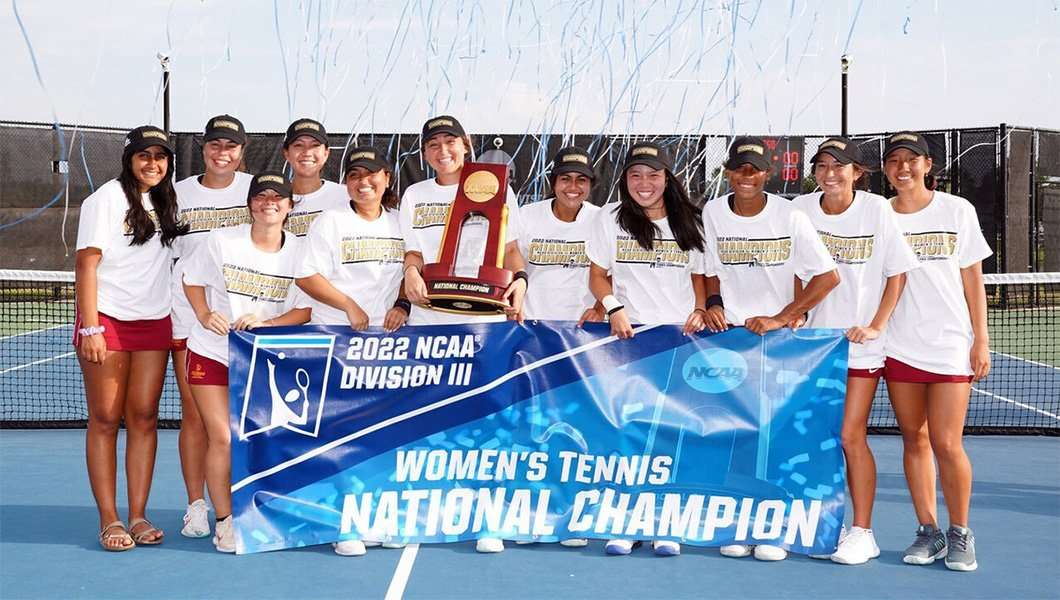 Finishing 27-3 on the season, CMS took their game to a new level once NCAA Tournament play began only dropping three points across five matches.

In today’s match, the Athenas picked up two crucial doubles victories from the No. 1 and No. 3 positions to head into singles play with the slight advantage. In singles, CMS picked up first set victories on all six courts before securing the Championship with wins on courts No. 4, No. 5, and No. 6.

For Chicago, today’s loss marks just the second loss, and first to a DIII opponent, all season. The Maroons finish off one of their most successful seasons to date in which they had won their previous 22 consecutive matches before today’s championship and won the 2022 ITA National Team Indoor Championship earlier in the year.