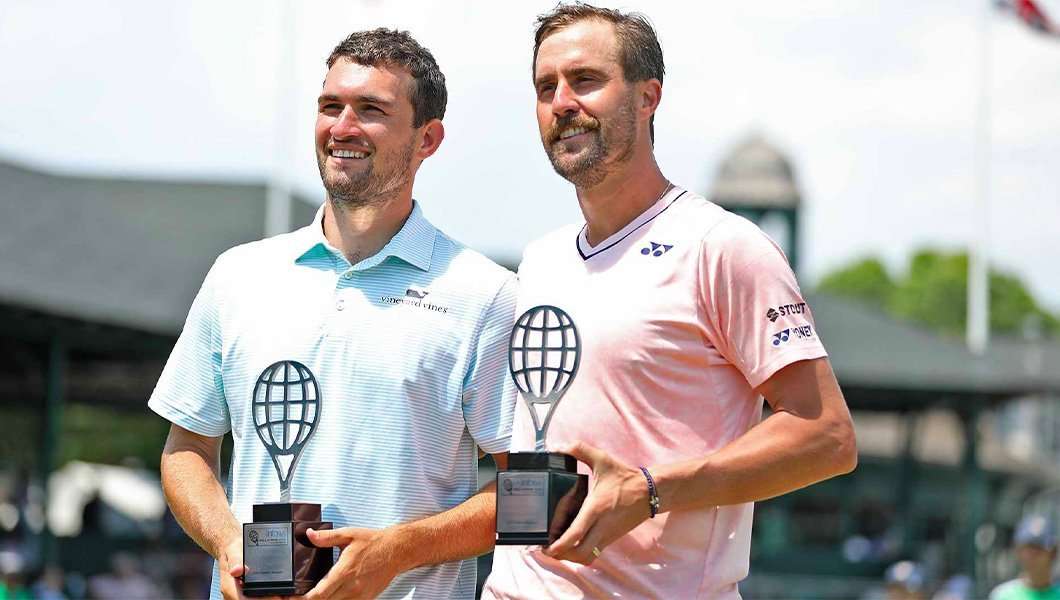 It was another great weekend for collegiate alum on tour as Maxime Cressy (UCLA) won the Singles Title and William Blumburg (North Carolina) and Steve Johnson (USC) captured the Doubles Title at the 2022 Infosys Hall of Fame Open.

In what is the final grass court tournament in the ATP Tour season, American’s Cressy, Blumburg, and Johnson all made their return to US soil in dramatic fashion, cruising through the Singles and Doubles Main Draws en route to the Titles.

For Cressy, the win marked his first ATP Tour Title in just his third Finals appearance, all of which have come in the 2022 season.

Cressy, the two-time ITA All-American and 2019 NCAA Doubles Champion at UCLA, faced off against the tournament’s No. 3 seed and the No. 39 ranked ATP Singles player in Alexander Bublik in the Championship Match.

Dropping the first set and falling behind 0-3 in the second set, Cressy quickly turned the tides of the match winning the next six games to force a decisive third set which would crown the victor.

Trading blows throughout the final set, Cressy was finally able to prevail in a tiebreak to take home his first Tour Title and rise to a new career high of No. 33 in the ATP Singles Rankings.

On the doubles side of play, two of the most decorated players in college tennis history in Blumburg and Johnson teamed up to take home the Doubles Title in Newport.

Taking on the tournament’s top-seeded team in Raven Klassen and Marcelo Melo, Blumburg and Johnson were able to win 6-4, 7-5 over Klassen and Melo to take home the Title and add to both of their already decorated trophy case.